I went to check my sheep one snowy morning last winter and realised that the electric fences I use to sub-divide the fields had been damaged. In fact the wire had been ripped out and snapped. I was worried that a sheep would be badly cut. But that was not the case. It was dogs.

The footprints were there in the snow. I continued checking and found dog prints in several fields as well as quad bike tracks. I fixed the fences and the sheep seemed OK. Puzzled I went to the nearby house where they told me that they had had a pack of hounds running around and through their garden the previous afternoon. They hadn't  let me know. I had not expected this as in my previous area there were no hunts anywhere near my land.

A few weeks later they had a meeting nearby and I watched with some other observers from high grounds. I realised my concern about the well being of sheep was not daft when someone commented that you could always know where the hounds were because you could see the sheep running. It turned out that the hunt had laid a trail down footpaths adjoining my land. Once again the dogs came into my fields and I watched helpless as the ewes rushed for one corner of the field they were in to another over and over again. Some dogs got in with the rams and they rushed the fence and briefly escaped. I watched on as a huntsman stood atop a rise as several groups of dogs tore through my neighbours large fields and his sheep covered miles backwards and forwards for most of an hour.

I was advised to contact an organisation called Hounds Off and took their advice to write formal letters with legal references and contact my MP and councillors. Since then there have been two more hunts not far away and, touch wood, their dogs have not been on my land. The Hounds Off group have good measured advice. Many of their supporters are anti hunting. I am not. I am just pro-sheep, mine in particular. It does however mean that I now get a steady stream of information about hunting and people taking hunts to court for losses, including lamb losses and some out of court settlements.

I have spoken to many long standing neighbours about this and every one of them has a story of the hunt causing damage and would prefer that they did not come to our area. It seems to be accepted as an inevitable problem which we live with and hope doesn't cause losses, a bit like TB.

While I accept the hounds do not attack the sheep, I fail to see the difference between a pack of hounds worrying my sheep and anyone else's dog worrying them.

Now to make final preparations for lambing so I'll have an idea of what I'm likely to be watching over next hunting season. 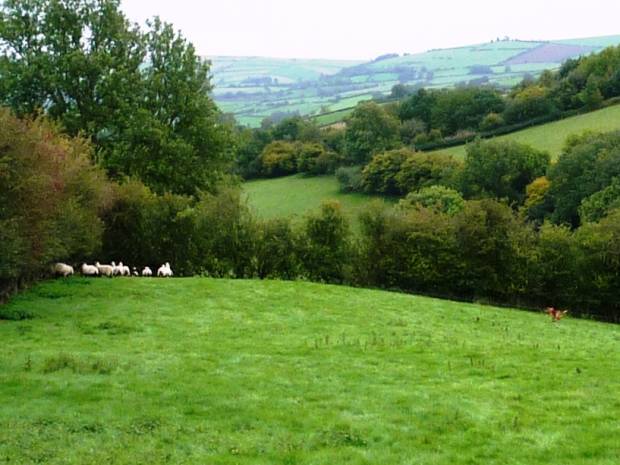