The pressure of field work contributed to a smaller number of buyers present at the 34th Annual Ram Sale held at Melton Mowbray market (Friday 20th September), with many regular buyers absent.

The first pen of Texel shearlings into the ring from, Philip Weaver, Caunton, Newark enjoyed the best trade of the day.  Their leading price proved to be the top on the day; 800 gns sold to G W Painter, Melton Mowbray.  The same buyer took 3 further rams from this pen at 720 gns, 680 gns and 660 gns.  Gates Farming Partnership from Oakham took 2 from the same breeder at 700 gns and 680 gns.

Next best came from the pen of Texel shearling rams from D M Blakemore, Bedford who sold for 680 gns and 660 gns.  The top 10 prices were achieved by these two vendors. 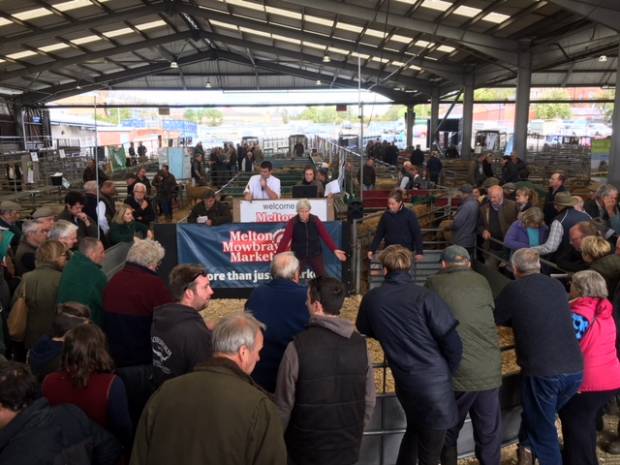