Kate Hovers BVSC Cert SHP MRCVS BVSC Cert SHP MRCVS told the meeting at the Royal Welsh Showground that it was important to think about journeys, transport and food waste. She said nearly a third of food was wasted between the point of production and the table – with nearly 70% of that in the home.

She said:”Things like bread and salad are higher up on the waste, but whatever it is we can all make changes and think about how to reduce waste and how many times to make a journey in a car with one person in it.

“Then we can enjoy seeing our sheep in a natural environment where the grass may be locking in carbon and certainly helping to stop the water running down the hillside.”

The comments reflected unease at the meeting over increased criticism of sheep farmers. Outgoing Chairman, Tim Ward, worried about proposed plans to plant more trees in the uplands under payment for public goods.

NSA Development Officer Helen Roberts voiced concern over criticism of the sheep industry by the anti-farming lobby and, in some quarters, during the unprecedented flooding. She said the meeting would demonstrate how the National Sheep Association was working to show that sheep farming is a sustainable, resilient industry.

NSA Chief Executive Phil Stocker told the meeting of the ‘strong story’ the industry had to tell. He criticised the general ‘anti farming climate’, saying that sheep farming is a sustainable industry supporting rural economies and social infrastructure.

He quoted IPCC (Intergovernmental Panel on Climate Change) figures that gave context to claims that methane produced by livestock is contributing to climate change. And he called for the IPCC to take account of the new carbon metrics coming from the GWP* model (Global Warming Potential) as developed by Oxford University earlier this year.

This work shows that methane has a relatively short life cycle and contributes far less to climate change than previous figures suggested. It demonstrates the beneficial effect of grazing livestock, especially in the uplands of which 80% of Wales is made up, against the effect of fossil fuel dependant forms of farming and food production.

Phil Stocker added: “Here in Wales, as with much of the UK, our approach to red meat production is so different to that in other parts of the world.

“Here our sheep spend most of their lives outdoors feeding on grass and forage crops, with a positive relationship with nature and involved in a carbon cycle that has been going on for thousands of years.  We have been demonised by the media as being environmentally damaging and the watching public have understandably taken a lot of this on board.

“As an industry, too much time has been spent on defending with our backs to the wall rather than being out there proactively and accurately communicating the reality of grassland livestock farming.  We can’t be complacent and we should always think of where we can do more, and do better, but we have a fantastic story to tell and the NSA will continue to tell it.”

The multi media campaign focuses on Welsh red meat’s sustainable qualities. It features core messages around Wales’ sustainable red meat production focusing on elements such as landscape, climate and water usage.Caryl farms in the dramatic landscape of the Ceiriog valley, near Llangollen. She was the first person to win the Llyndy Isaf Scholarship with the National Trust – where she managed a Snowdonia hill farm for a year, combining sustainable farming practices with managing the outstanding natural environment.Caryl has a degree in Agriculture from Aberystwyth University, She is a former National Sheep Association Young Ambassador and Montgomery YFC Chair.

British Wool’s Laura Johnson pressed home the importance of animal welfare at shearing time. She said this is a key part of their shearing training programme, offered to complete beginners and advanced shearers.

British Wool have also been working tirelessly to educate consumers on farming matters through their #ChampionWool campaign. It reaches across all of their social media channels.

The meeting was marked by the age and gender balance. A good turnout was distinguished by an equal spread of older, younger and men and women sheep farmers.

Speakers also included another Young Ambassador, Nicola Drew, who trained and worked in theatre and dance before returning to her home farm near Brecon. She told how Farming Connect and other courses had helped to equip her with the necessary knowledge.

Her presentation featured her two projects, working with local Honddu Vets, to reduce worms and reduce production limiting disease on the farm.  Nicola had worked hard to tackle OPA, reducing mortality among ewes from 5%, to 3.5% in 2017 and to 2% in 2018 against the background of increasing flock numbers year on year.

Innovation at the other end of the production chain was outlined by Claire Jesse, who has produces Lamb Bacon at her Welsh Smokery in Tregaron.  She told how her experience running Sussex body piercing business had helped.

Claire said: “Weirdly setting up a food unit and setting up a piercing studio actually have a lot of similarities in terms of the cross contamination side of things and the food safety side of things It also means that tagging a sheep is quite easy.”

She explained that the lamb bacon is cured and produced in the same way as bacon produced from pigs. The Welsh Smokery worked closely with the abattoir in Tregaron, using the saddle from other lambs as well as from the few lambs she produces.

Her mission is to establish that lamb for breakfast is a new modern alternative. 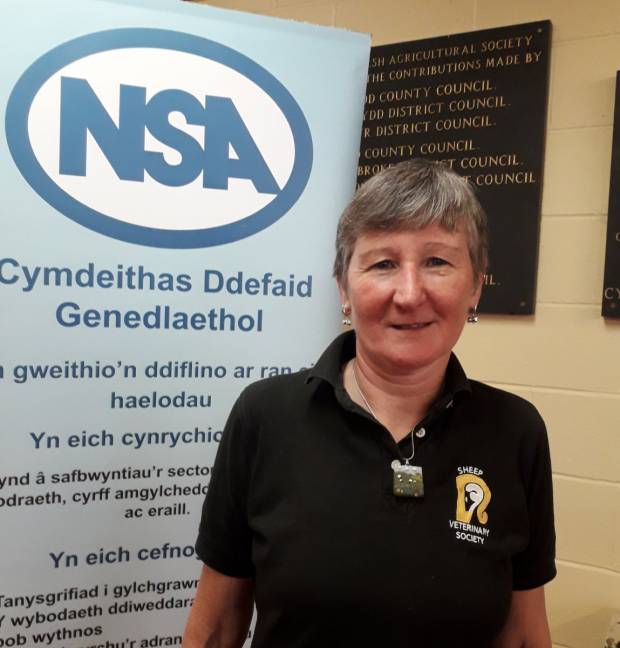 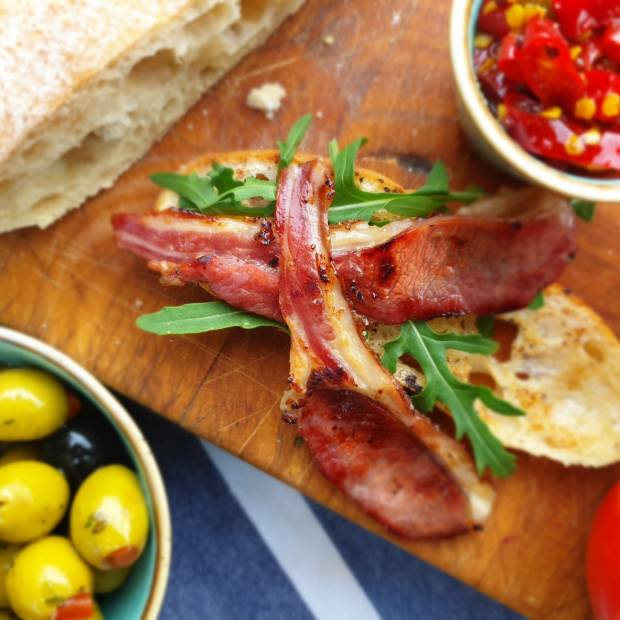 Welsh Lamb Bacon was enjoyed at this years ARMM
National Sheep Association | The Sheep Centre | Malvern | Worcestershire | WR13 6PH
Tel: 01684 892661 Fax: 01684 892663
NSA is a Company Limited by Guarantee, registered in England (No. 37818). It is a registered charity in England and Wales (No. 249255) and in Scotland (No. SCO42853). NSA is VAT registered (No. 273 3469 44). NSA complies fully with the General data protection Regulation (GDPR). Contact NSA to request our privacy policy, to raise queries or concerns regarding GDPR, or to unsubscribe from NSA mailing lists. National Sheep Association is an organisation which represents the views and interests of sheep producers throughout the UK. NSA is funded by its membership of sheep farmers and it activities involve it in every aspect of the sheep industry.
your business your future