The South East Region held its Next Generation Shepherds Competition in conjunction with Southern Shears, the UK’s major shearing contest at Copford Sawmill, Heathfield, East Sussex, on Sunday 22nd May.

A keenly fought contest saw young shepherds compete across a range of tasks essential to their trade, from electric fence erecting and ATV handling to shearing, stock handling and completing a detailed questionnaire on their flock health knowledge.

The overall winner was Clover Cross, one of this season’s Young Ambassadors, with Tom Evci in second place and also scooping the prize for best placed under 21 contestant. CLover and Tom will go on to represent the South East Region at the competition final at NSA Sheep Event, Malvern on 27th July.

Dylan Vetara took third spot and was also the only contestant to grade the finished lambs in the same order as the judge.

We would like to thank all those involved in making this contest a success, the contestants, the judges and stewards and a particular thanks to all those involved with organising Southern Shears for inviting us to be part of their Event. A special thanks goes to the generous sponsors of the competition, Mole Valley, Rappa and South East Marts. 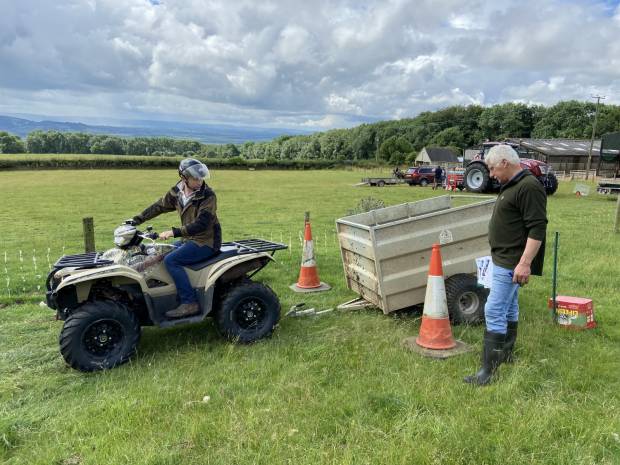