A large group of NSA Eastern Region members gathered on John Pawsey’s organic farm near to Bury St Edmunds, Suffolk to see how he together with his shepherd, NSA Next Generation Ambassador Robert Spink they are integrating 1,000 breeding Romney ewes into their arable rotation. John’s aim is to improve soil structure and fertility, reduce black grass and hence get higher yields from the following cereal crops. Just over five years ago the farm looked at various livestock projects and chose sheep mainly due to lower infrastructure costs. Since then they have built up the Romney flock, which all lamb outside in April. Shearling ewes are achieving a lambing percentage of 160% with one group of older ewes hitting 195%.

Visitors quizzed John and Robert on the system; it certainly was an eye opener into the possibilities for arable farmers to successfully use the potential of sheep to raise production. 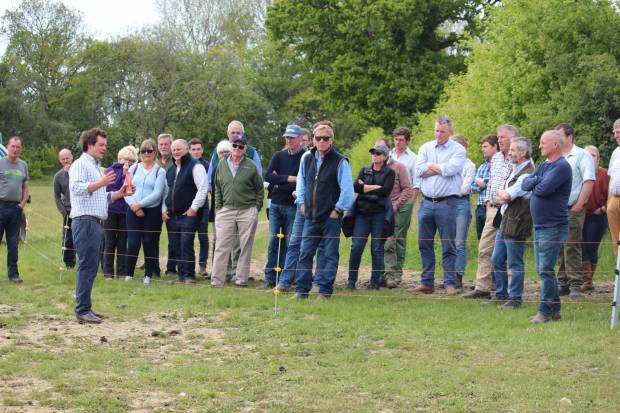 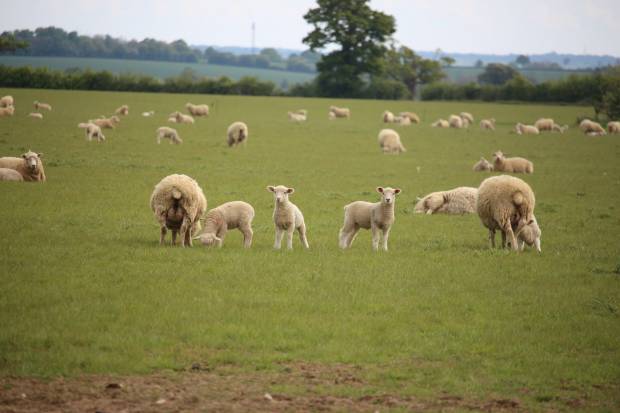 Romney ewes and lambs
National Sheep Association | The Sheep Centre | Malvern | Worcestershire | WR13 6PH
Tel: 01684 892661 Fax: 01684 892663
NSA is a Company Limited by Guarantee, registered in England (No. 37818). It is a registered charity in England and Wales (No. 249255) and in Scotland (No. SCO42853). NSA is VAT registered (No. 273 3469 44). NSA complies fully with the General data protection Regulation (GDPR). Contact NSA to request our privacy policy, to raise queries or concerns regarding GDPR, or to unsubscribe from NSA mailing lists. National Sheep Association is an organisation which represents the views and interests of sheep producers throughout the UK. NSA is funded by its membership of sheep farmers and it activities involve it in every aspect of the sheep industry.
your business your future