The NSA Scotland marquee was as busy as ever this last week and finishing on Sunday with literally thousands of farmer and general public through the marquee over the four days of the Royal Highland Show at Ingliston, with a record number of 195,400 visitors attending and soaking up the very best of Scottish rural life. The office bearers and committee met lots of politicians and leaders of other agricultural stakeholder organisations within the marquee to get their views across.

A new feature to the marquee this year was a cycle powered sheep shearing machine challenge and timed trials followed by hand sheep clipping, and why sheep need to be shorn demonstration. This was a great spectacle for visitors and thanks must go to the good sports from within the industry who pedal-powered the shears and to the shearing experts who did a great job. Meet Elfie the Vallais Blacknose sheep and Raymond Irving stars of the latest BBC series of “This Farming Life” also proved popular with the general public.

Ten junior competitors took part in the NSA Scotland/RHASS Lamb Dressing Competition on the Sunday afternoon and the show finished with the NSA Scotland Honda TRX 420FM1 ATV prize raffle draw made by Damien Butterworth from Honda. The winner of the ATV was Gordon Rennie, Newmill, Keith, Morayshire who was near speechless when told that he had won and said “it is the first time he has won anything in his 59 years of life”. The official presentation will be made in the next month. Photographs and videos of all the activities that took place can be viewed on the NSA Scotland facebook page. 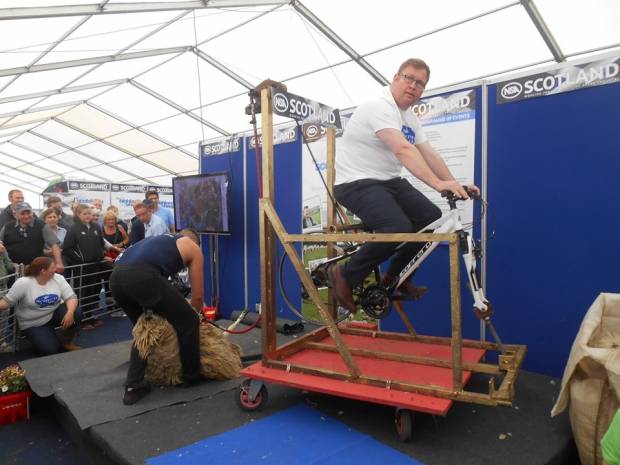 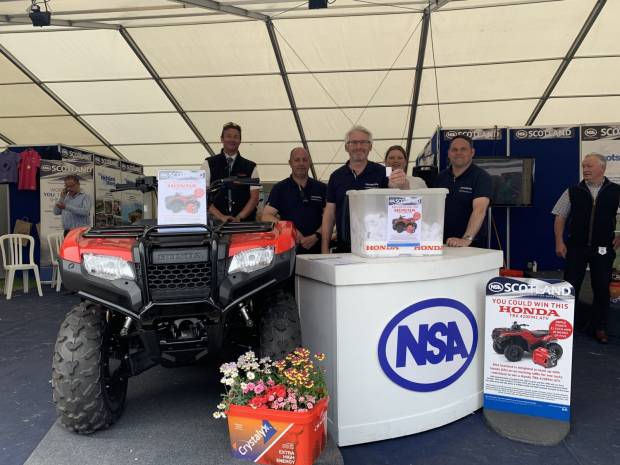