I have a 14ha smallholding in the Derbyshire Dales. My land borders the village of Youlgrave and is crossed by two footpaths and a bridleway. One of the footpaths is along a track and is on the flat, which makes it very popular with locals and visitors. The track runs alongside a small river and dogs frequently cross the river into the field where I mainly graze the sheep, leaving frantic owners on the opposite side of the river yelling to get their dogs back. It is a very public piece of land with limited opportunity to fence dogs out.

I have 25 breeding ewes and their followers so have typically 50+ sheep on the land. I have a flock of pedigree Balwen Welsh Mountain sheep, so they are small and flighty. Because the sheep see a large number of dogs they do not react to them when they're on a lead or under close control. However, dogs off leads running ahead of their owners cause the sheep to panic and run, even if the dog is not chasing them. Very often the dog owners are oblivious to what is going on. I do not have a record of the number of times they are chased but it is frequent and can be two or three times a day on a sunny weekend. When challenged I have been told 'he was only playing', 'he wouldn't hurt anything' and 'I am so sorry, he has never done anything like this before I will always keep him on a lead in future'. When I see dogs off the lead I always ask for them to be put on a lead. This is usually refused, and often very rudely.

Once when a sheep was killed by a dog the owners were local and came and reported the incident. It was a new dog from a rescue center and they were walking it on a lead because they didn't know how it would be around sheep. The dog, a Staffordshire Bull Terrier, got very excited and managed to pull the lead from the female owner with dreadful consequences for the poor sheep. The male owner caught the dog and took it straight home and then came to us to report it. They offered compensation for the loss and the dog was returned to the rescue center as being unsuitable; I don't know if it was re-homed or put down. I consider this to be a genuine accident and was dealt with in a satisfactory manner by responsible owners.

A more recent fatality was a a lamb found dead with marks on its back consistent with being brought down by a dog. It had been decapitated and the head was never found. I have also found a lamb with a badly bitten hind leg. There were three sizable bites, one of which went down to the bone. I believe someone must have called the dog off and left the sheep to suffer. It was euthanased by our local vet. I put a report of the incident in our village newsletter; no culprit was found but many people were distressed to hear of the incident. 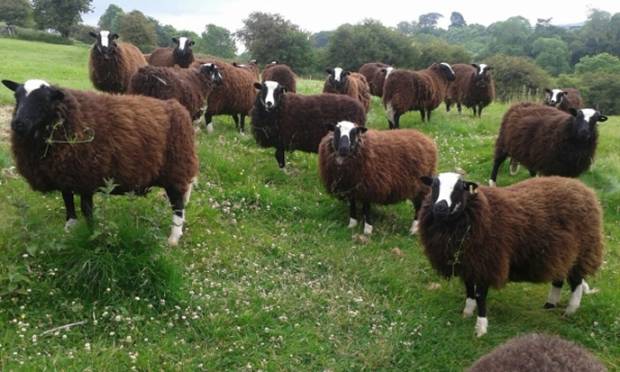