"We have farmed our land near Bedford, West Yorkshire for more than 95 years and are fourth-generation farmers. In 2004 we started breeding Blue Texels. We also breed beef cows. We have approx 160 cattle and 100 sheep, goats, alpacas, chickens and horses.

"We have had issues with dogs attacking and killing our sheep for as long as I can remember but during the Covid-19 pandemic the situation has definitely got worse. Sadly it is a yearly occurrence and often results in us just finding dead sheep with no clue as to who is responsible.

"Our most recent attacks have involved dogs belonging to our neighbour, coming on to our land. On separate occasions, different dogs have killed a total of five sheep and horrifically injured a number of others from our flock of Blue texels. Our neighbour has paid for vet bills and carcase removal, and two of the offending animals have been put to sleep but our losses are more than financial.

"Following the last attack I called the police and the vets as soon as I was alerted to it happening. Both arrived at my farm within 15 minutes of the call. The three injured sheep had to be euthanised on sight by our vet. Our neighbour turned up, admitted to the police that they were his dogs, and asked for us to send him an invoice for our losses.

"Our neighbour paid the vet bills but to this day I am still fighting him in the small claims court for compensation.

"As far as the police, I feel let down. Our regional police force has closed my case even though a criminal act has been committed.

"I have gone to appeal and they have told me that due to it not being in the public interest, and Covid, no further action will be taken, this is incredibly frustrating. We are told to report cases to the police but no action is taken. Where do I turn when this happens again?

"This has been one of the worst things I have ever had to go through in my farming life, to see the suffering my sheep went through. This has had a massive impact on my health, and I am currently under the doctor. There has been many occasions where I have contemplated selling my sheep as I do not think I could go through this again.

"As far as trying to make a non farming dog owner understand, it would be like witnessing his dog being torn to pieces in his garden by an irresponsible dog owner letting their aggressive dog off the lead.

I would say, to walkers, if you don't know where the public footpath is, then you should not be coming on to the land. Dog owners should not allow their dogs off the lead, as they too, need to stay on the footpath, whether there is livestock in the field or not." 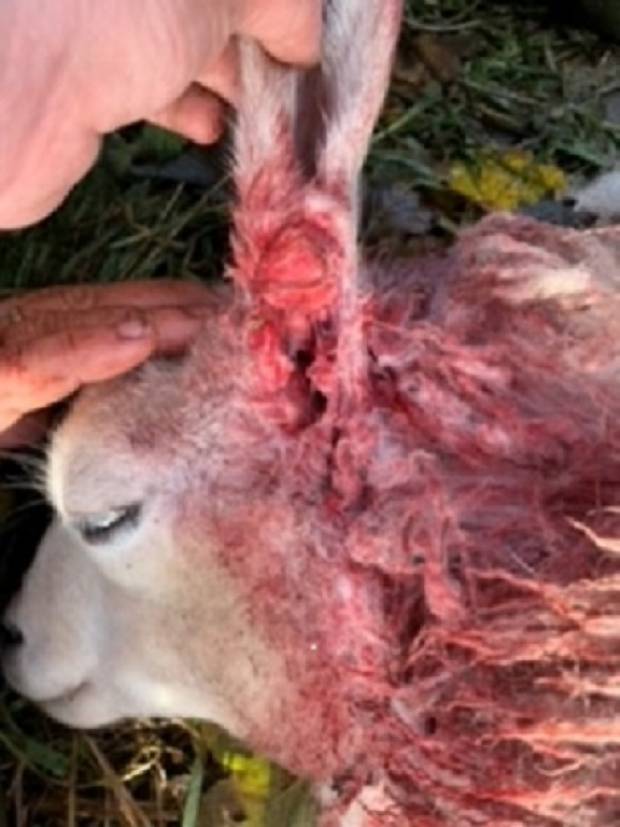