"We have farmed here for 14 years. Previous to this attack we had one ewe attacked by poachers' dogs and a group of cattle worried by a dog from the village.

"There seems to be more dog attacks being reported, probably due to people spending more time in the countryside.

"Our recent attack was overnight in March. When my husband went to feed the ewes with lambs, he found dead lambs littering the field. He said it was 'like a war zone'. 29 lambs were dead. Only about four had open wounds, the rest had been trampled or died of exhaustion. The vet attended and did post mortems. The lambs were severely bruised and many had broken ribs. The police attended and gave us an incident number!

"Emotionally the main impact, one that my husband is having difficulty getting out of his head, is imagining the trauma the ewes and lambs must have gone through.

"We are not against people enjoying the countryside with their dogs. But people should have their pet on a short lead when walking through a field with stock in it. It is not acceptable to panic stock with a loose dog even if it's not going to chase them.

"I'm sure most people care about their dogs and wouldn't want to see them attacked or afraid, this is what we as farmers would like for our stock.

"Most owners are responsible, the ones that are not can cause devastation in a short period of time. Chasing stock can lead to animals aborting, mis-mothering, pneumonia caused by stress and in our case as some ewes had lost both their lambs, mastitis which means the ewe has to be culled. The animals don't have to be bitten to cause trauma. A misconception for some dog owners is that their dog was only 'playing'. Sheep do not 'play' with dogs, they run for their lives." 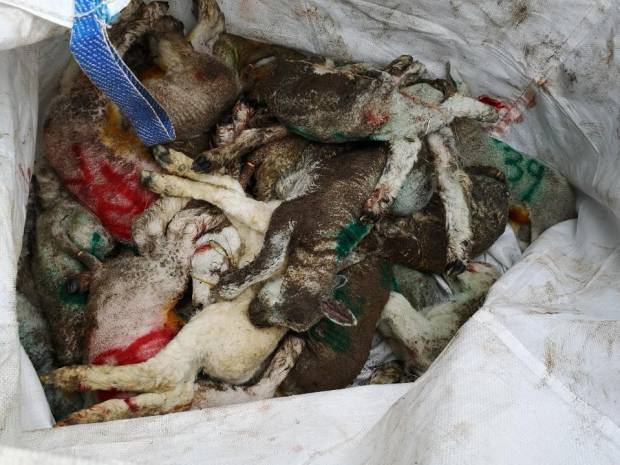