With rumours abound of an imminent application by Lynx UK Trust for a release licence for lynx, the National Sheep Association (NSA) is warning that current legislation would not allow such a release to take place.

NSA understands that Eurasian lynx are classed as dangerous wild animals under the Dangerous Wild Animals Act 1976 and it would therefore be a criminal offence to keep them without a local authority licence. Currently, these licences are only available for zoo and captive animals, not for those being released into the wild.

Phil Stocker, NSA Chief Executive, says: “It is still not clear when the Lynx UK Trust will make an application for a release licence for lynx, but it has become clear there would need to be a change in current legislation to keep such a release legal. In my opinion, this is very unlikely to happen in the near future given the raft of priority legislative work needing to be done after the Great Repeal Bill.”

Current law would also allow farmers to legally shoot lynx causing distress to their animals. NSA understands Lynx UK Trust is working to get this law changed to give protection to released lynx, meaning the only option for farmers whose livestock had been killed or injured by lynx would be to seek compensation from the trust. NSA is opposed to this as it is unlikely that compensation funding could be guaranteed in perpetuity.

Phil continues: “We are confident current legislation will not facilitate a release and any appetite for a regulatory change at a time when there will be so many other priorities is unjustifiable. Even if compensation were offered, it will not make sheep mortalities acceptable and, given the general public’s reaction to some of the harrowing images caused by domestic dog attacks and their expectation of high animal welfare, I cannot see how distressing attacks caused by a wild animal will be accepted.

“We are confident that pastoral livestock farming already delivers a highly attractive countryside with environmental, economic and social benefits - I cannot accept that lynx could improve or deliver anything more. NSA has also secured confirmation that irrespective of which side of the border any release is planned for in Kielder Forest, Northumberland, any licence application to either Scottish Natural Heritage or Natural England will be considered jointly before any decision is made.

“NSA is fully opposed to all Lynx UK Trust’s processes and proposals around releasing lynx. The species has been absent from the UK for thousands of years, and our countryside now is far too fragmented and built up to support a viable population of lynx. The species would challenge the way our countryside is managed, a countryside which is already valued and appreciated by rural residents and visitors alike. 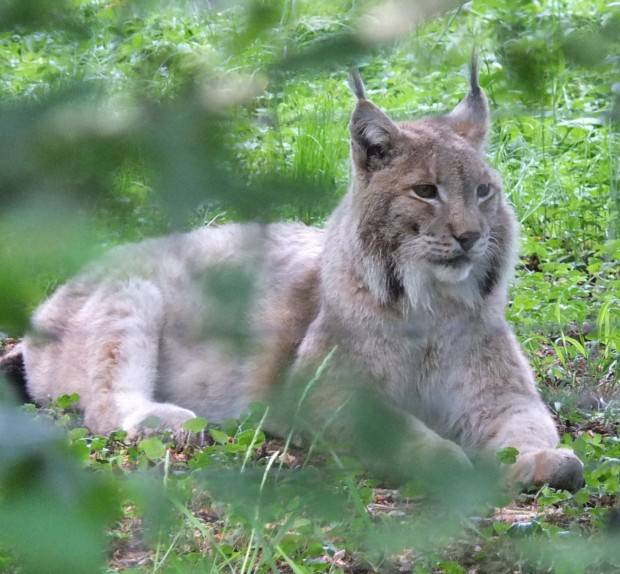