George Milne, NSA Scotland Regional Development Officer, farms near St. Andrews on the east coast of Scotland. This is not a part of the world where fluke would be expected to cause major losses, but in the winter of 2012/13 that is exactly what happened. George has kindly let his farm be used as a fluke surveillance farm in a project funded by the Scottish Government and Novartis Animal Health, and supported by Moredun Research Institute, Scottish Rural College, University of Edinburgh , Parkside Vets and the National Sheep Association. The surveillance farm is part of the Scottish Fluke Action Group, a group representing many aspects of the Scottish sheep industry that aims to give real-time information to vets and farmers on managing fluke. George will be adding to his journal on a regular basis; you can read the first instalment of this story here.

During August and September, Richard, Robert and myself continued to take dung samples from the lambs to see if they started to produce fluke eggs and also if the new test (copro-antigen) for fluke had gone positive. We know they had been exposed to fluke early in their lives, as the blood tests in July were positive. The blood test goes positive very soon after infection but fluke take 10-14 weeks after infecting sheep to product eggs. The good thing was that the lambs all remained negative for eggs and continued to grow well during the summer. As they were still in good condition, they were not treated.

The rest of the flock were all treated for fluke earlier in the summer and two groups of 12 sheep were put onto different fields, one with a high fluke risk and the other a lower fluke risk. The vets and I took dung samples from both groups in August before and after they were treated and there were no fluke eggs after treating, so we know the product worked. From now on, every two to three weeks, we will take dung samples to see when they go positive for fluke.

We are taking samples from individual sheep for the surveillance information this will provide, but the vets often take mob samples from groups of sheep, which also gives useful information and doesn’t take so much time. As I discovered last year, resistance to wormers and products for fluke does happen. Taking mob samples from sheep before and after treatment can tell you if resistance may be a problem before it gets out of hand.

Thankfully, the weather this summer has been dry so I have been able to make improvements to the farm to try to reduce the habitats for the mud snail that the fluke need to develop. One area that in the spring was wet and full of rushes has been cut back to make it less attractive to the snails (see picture). It will always be a wetter area but as it is quite small I may be able to put a fence round it to prevent sheep grazing over the worst risk times. I have also had a chance to repair the rutted areas at the gates as snails can live in the puddles that form there and around water troughs.

With the weather being better, the grass has improved greatly this year (see picture) so the sheep are in much better condition this year compared to last, thankfully. I was also able to cut more grass this year for haylage as a result of being able to graze some of the sheep at a neighbour’s farm over the summer. This meant that the ground had a break from sheep grazing it allowing the clover to grow to a mature stage before cutting. This also means that the pasture will be able to fix more nitrogen back into the soil and establish the strength of the plants. As a result of all this I saw a significant improvement in the grass sward, and while I understand not everyone may be in a position to do this, it has certainly helped in my situation.

With the farm dried out from last year and the grass in good condition, I am about to start buying in sheep to start building the flock up again. In my next entry, I will discuss what we did when we brought the sheep on to the farm and the results of the on-going testing. 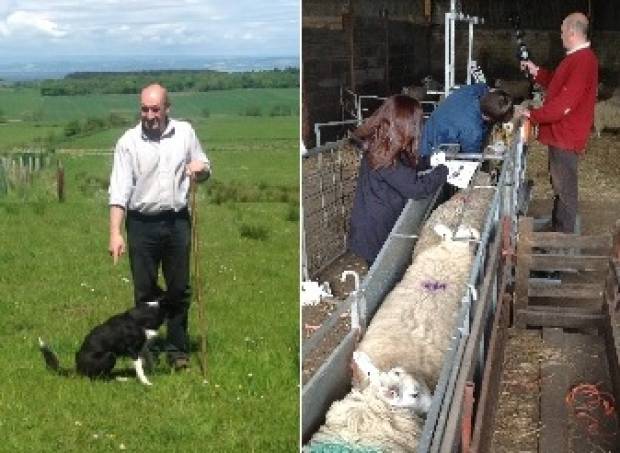 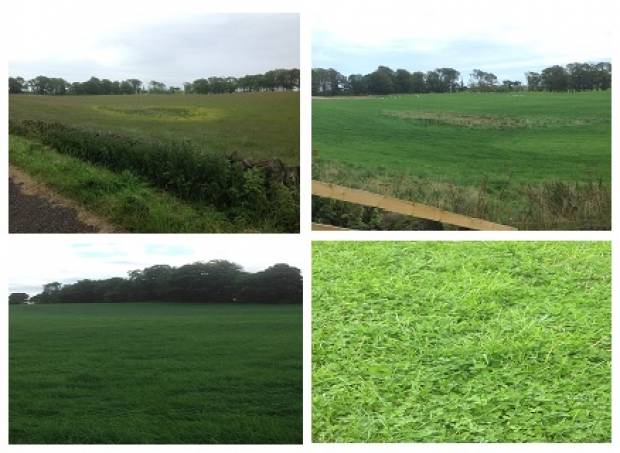 Top: Comparing a wet and rushy area in May 2013 (left) and September 2013 (right). Bottom: Good quality grassland in September 2013.
National Sheep Association | The Sheep Centre | Malvern | Worcestershire | WR13 6PH
Tel: 01684 892661 Fax: 01684 892663
NSA is a Company Limited by Guarantee, registered in England (No. 37818). It is a registered charity in England and Wales (No. 249255) and in Scotland (No. SCO42853). NSA is VAT registered (No. 273 3469 44). NSA complies fully with the General data protection Regulation (GDPR). Contact NSA to request our privacy policy, to raise queries or concerns regarding GDPR, or to unsubscribe from NSA mailing lists. National Sheep Association is an organisation which represents the views and interests of sheep producers throughout the UK. NSA is funded by its membership of sheep farmers and it activities involve it in every aspect of the sheep industry.
your business your future