Entries are now open for an exciting new video competition which will culminate at this year’s NSA Sheep Event, held on Wednesday 30 July 2014 at The Three Counties Showground, Malvern.

The competition is looking to find the video that best promotes a career in sheep farming, with a prize fund of £700 up for grabs.

Closely linked to the overall event theme of ‘securing the future of the UK sheep industry’, the NSA is hoping the winning videos will encourage new entrants into the sector.

Videos will be shortlisted and the top eight will go on to be professionally edited by Farmers Guardian, NSA Sheep Event Media Partner, to create a short advert which will be hosted online for people to vote for their favourite. The favourites from the online vote will have their videos aired on large screens at the NSA event.

“Living and working in the countryside is incredibly rewarding, producing top quality lamb for British and international consumers, so this is a chance for sheep farmers to shout about it and encourage youngsters to consider it as a career. Show off how beautiful your corner of the UK is, how proud you are of your stock and why there are enough good things about your job to outweigh the days when it just never stops raining!” says Joanne Briggs, NSA Communications Manager.

For a chance to win the top prize of £400, all you have to do is submit video footage of no longer than one hour, showcasing the sheep industry at its best. The shortlisted videos will be professionally edited to create a three-minute advert. The closing date for entries is Friday 16 May, and entries should be submitted to [email protected] under the subject ‘Sheep Event Video Competition’.

Tips and information can be found at www.sheepevent.org.uk.

1. Videos must be received by NSA by Friday 16th May to be eligible.

2. Shortlisting will be carried out by a NSA judging panel, whose decision will be final.

5. £400 will be awarded for the first placed video, £200 to second and £100 to third; these prizes will be paid by cheque and cannot be exchange for an alternative.

6. This is an open competition for NSA members and non-members; one entry per person. NSA employees, Farmers Guardian employees, their families, agents and anyone else connected to this promotion are not eligible to take part. 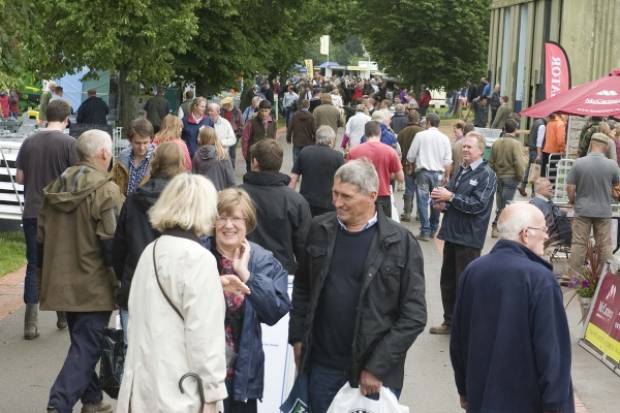