NSA welcomes the need for measures to reduce global warming and address species decline, as outlined from the Committee for Climate Change and the UN nature report. However, it is concerned that some of the recommendations relating to agriculture and food are unbalanced, based on inadequate science, and understands little about the UK sheep industry in its criticisms of red meat production.

NSA Chief Executive Phil Stocker explains: “It is really frustrating to yet again see our extensive livestock sectors caught up within criticisms of agriculture and their impact on climate change and biodiversity, and little mention of other damaging activities, that may be less popular to criticise. It is seemingly OK to offset emissions from flying around the world through carbon sequestering actions such as tree planting and peatland management, but not OK for a farm to do its own internal offsetting.

“Yet again livestock farming appears to be an easy target that is fashionable to attack while the reality is that farming methods in the UK contribute positively, and could do even more with the right incentives. In particular, the role of grazed grassland, rotational and permanent leys, in building soil organic matter, soil biology, and storing carbon is ignored. Many of the climate change assumptions regarding ruminant livestock farming are based on global systems of production that are very different to our mainstream methods here in the UK. UK sheep and beef systems are predominantly grass based and grazed, and operate in harmony with wildlife, rather than a feedlot style production that is based on crop production, feed processing and transport.”

NSA is also keen to see more distinction between different green house gasses. Mr Stocker continues: “While we can’t ignore methane, if we take it out of the equation for a moment you can easily argue that sheep farming in the UK helps combat climate change. It absorbs and stores carbon, reduces risks of wildfires, and enhances soil conditions. When methane is added to the equation the old methods of green house gas conversion to carbon equivalents will inevitably make things look bad – but methane acts vey differently to carbon dioxide and nitrous oxide and in comparison has a short, rotational life cycle which means as long as livestock numbers stay stable methane levels don’t build and build.

“It can be argued that reducing livestock numbers will have a cooling effect over time but livestock are not the only emitters of methane and they provide a wide range of other multi-functional benefits including converting grasslands that cant be cropped into high quality protein and nutrients, building soil fertility for subsequent crop production, mixed farm environments that are good for biodiversity, and a landscape that people enjoy.”

Over recent years, NSA has produced a series of reports demonstrating ways the sheep sector can do more to further enhance its environmental credentials whilst also improving enterprise productivity. Mr Stocker adds: “In the UK sheepmeat is consumed in tiny volumes and average consumption is between two and three kgs of meat per year. That relates to between five and eight grams a day so just 10% of WHO recommended meat intakes of 70gms per day. In addition, this is produced predominantly from grass. UK lamb and mutton should be recognised as the environmentally conscious persons meat of choice.”

NSA has produced three reports over recent years that highlight how upland and lowland regions, grassland and arable, can benefit from the integration of sheep, which are available online or from NSA head office. Mr Stocker concludes: “The sheep farming system itself provides many environmental and social benefits. There is always more that can be done, and it is not difficult to see that this is the way much of our farming will be encouraged, and probably paid to go”. 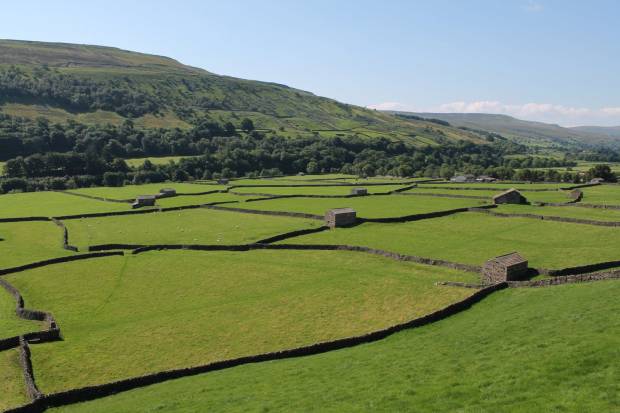