NSA thanks Buckingham Palace for its promotion of British lamb

NSA has welcomed the news that British lamb was on the menu at yesterdays state banquet, in which Her Majesty the Queen hosted US President Donald Trump.

NSA Chief Executive Phil Stocker comments: “As Her Majesty stated in her address yesterday, Britain and America have long been close trading partners, and the largest investors in each countries economy. NSA was delighted to hear British lamb was served to the President in amongst these discussions. With much uncertainty surrounding future markets for British lamb, it is reassuring to see the Palace waving the flag for British lamb and presenting the quality product to President Trump. NSA is pushing for an increased number of export destinations for British sheepmeat and giving lamb the platform to speak for itself presents a fantastic opportunity.”

The UK is currently unable to export sheepmeat into the US, and NSA believes there is a clear opportunity for British lamb exports to the US to begin, particularly given the UK’s need to build and strengthen trading relationships with the uncertainty of Brexit. Mr Stocker adds: “We have long said the US would be a great market to tap into given the right opportunity and this could be just the chance we need to drive this forward. Assuming President Trump enjoyed his dining experience, we can only hope it gets him thinking and will help drive forward a strengthened market in the US.

“NSA would like to thank Her Majesty and all at Buckingham Palace for supporting the UK sheep sector and for endorsing British lamb in this way.” 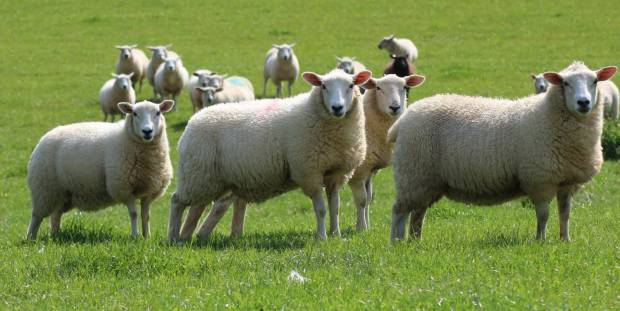