The National Sheep Association (NSA) is pleased to see the response by the Advertising Standards Agency (ASA) banning some misleading advertising from PETA propagating the lie that wool is cruelly obtained from sheep.

NSA Chief Executive Phil Stocker comments: ‘NSA is pleased to hear this decision by ASA that exposes PETA’s advertising for what it is, grossly inaccurate jargon which is misleading the public as well as damaging farmers reputations and livelihoods. The simple undeniable fact is that removing wool from sheep is necessary for their health and welfare. It does not harm them, and it does not exploit them. Wool is a by-product of their existence.”

Following reports of cruelty during shearing last year (2018), NSA joined with several other industry bodies to create a clear set of guidelines for farmers and shearing contractors to follow to ensure they shear to the highest standard possible. NSA has been a part of calls to contradict misleading information about wool, including suggestions that sheep’s wool is obtained by killing and skinning the animals, rather than carefully and quickly shorn from them during the summer months.

Mr Stocker continues: “British wool is a wonderful resource with highly valuable properties. It is sustainable, renewable, and natural, and is also a stable store of carbon. The real scandal is that organisations such as PETA are dressing up synthetic alternatives as being better, and nothing could be further from the truth. It’s right that PETA has been called out for suggesting that UK farmers obtain wool cruelly and it is about time they realised that removing wool is in the sheep’s interests.”

NSA is continuing to promote the benefits of wool and is currently running an auction mart road trip alongside British Wool, speaking to sheep farmers up and down the UK. NSA is also working with a British manufacturer to produce 100% British wool ties, which it will begin selling in coming weeks. 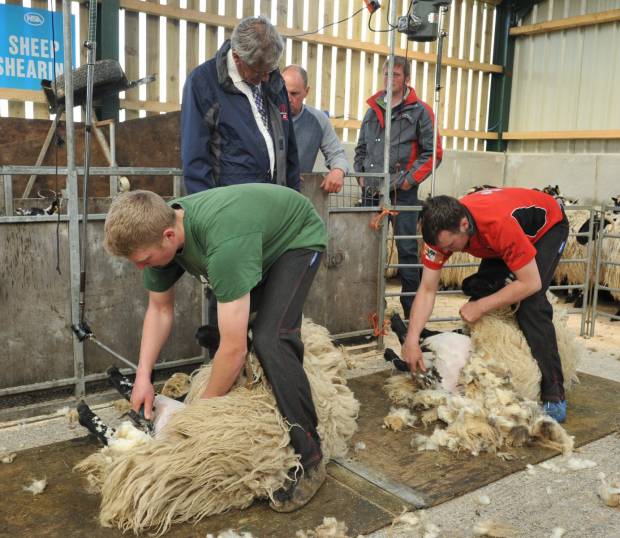