Sheep have a vital role in tackling climate change

The National Sheep Association (NSA) is contributing to the climate change emergency by not only encouraging sheep farmers to engage with the challenges it presents but also to correct the many misleading statements being made that suggest sheep farming is causing a problem rather than being one of the solutions.

The association’s concern is that alternative ways of managing land, and vegetarian type foods, are being proposed as being options to reduce warming while increasing evidence is showing that the opposite is true.

Despite the ‘fake news’ constantly being hoovered up by the mainstream media, NSA says that by eating sensible amounts of British lamb from extensive grass-based systems consumers can feel confident their food choice is helping to protect our future. NSA Chief Executive Phil Stocker explains: “Contrary to mainstream media messages sheep, by their very existence, are excellent for the planet and are part of a circular recycling of natural elements. Their reliance on fossil fuels is minimal compared to processed foods based on soya, almonds or palm oil-  and we all know that Britain’s grasslands are highly appreciated for their association with our native wildlife whether its birds mammals or insects.”

Mainstream media bases its ‘best thing we can do for the planet is to stop eating meat’ advice on global statistics, which consider sheep and beef farms from across the globe – including large intensive units housing tens of thousands of animals. Mr Stocker expands: “UK sheep farms have sheep spread across the countryside – often in areas that simply not suitable for other types of farming – and are used in other systems to help naturally rejuvenate the soil for arable crops. Sheep can be used in so many ways to benefit the environment and it’s highly dangerous that naivety from mainstream media that risks increasing our environmental footprint.

“It’s about time the media stopped and considered the reality before publishing information that is damaging to people’s businesses and the nations wellbeing.”

Livestock is also widely criticised for its methane emissions; which NSA say is, again, misleading. Mr Stocker adds: “Methane shouldn’t be ignored; it is an emitted gas that has an impact on global warming. However, we now know that it doesn’t behave in the same way as the other major warming gases and the calculations should take this into account. Methane has a short, rotational life cycle that means, providing livestock numbers remain stable, methane levels wont build and build.

“We are also finding that Nitrous Oxide emissions from grassland are far lower than was previously assumed and it only needs a small application of common sense to conclude that the main problems are caused by fossil fuels – the lower the reliance on fossil fuels the lower the impact on global warming.

“The focus on red meat is taking attention away from people changing their habits in other areas that could have a far greater beneficial impact on climate change.”

NSA is encouraging the media to recognise the positive contribution that sheep farming plays in combatting global warming and calling for it to stop misleading the public with generic and unbalanced statements. Mr Stocker concludes: “If people want to do one thing to help the planet today, make sure it is choosing sustainable (and delicious) local British lamb! You’ll enjoy the taste even more knowing it has played a part in tackling the climate emergency.” 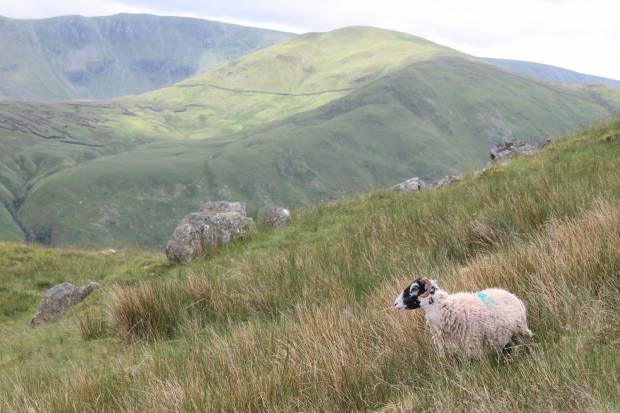