Domestic sheep farming must be safeguarded amongst future trade deals with New Zealand and Australia. This was the message delivered by the National Sheep Association (NSA) to the International Trade Select committee at a meeting this week.

Establishing new trade deals is a central part of UK Government strategy and relates closely to our departure from the EU. However, they are looked on across all business sectors, finance, IT, data, manufacturing and agricultural produce and it is therefore inevitable that trade-offs between these sectors come into play, putting the UK sheep industry in a vulnerable position.

NSA Chief Executive Phil Stocker gave evidence at an International Trade Select committee on Wednesday examining the impact of these trade deals, speaking alongside trade researchers and think tanks, and representatives of other industries. Mr Stocker comments: “For our sheep farming sector the trade deals with New Zealand and Australia probably present the biggest risks – these two countries along with the UK are the world’s three biggest players in sheepmeat exports – so there are similarities. But the difference is that of the three nations, due to the size of our population, the UK is the only one that also imports significant volumes of sheepmeat – a free trade deal with either of these countries for sheepmeat simply means one way trade.

“At a time when our established trade with the EU is under threat, a trade that takes 35 – 40% of all UK sheepmeat produced and totalling 96% of the total UK sheepmeat exports, we must be aware that we could suddenly have little choice but to be more reliant on our domestic market.  So, to be discussing any increase in access or liberalisation of trade between us and the two largest sheepmeat exporting nations can only cause concern within our industry.”

Neither New Zealand nor Australia currently fills their permitted TRQ volumes to the UK but the possibility of the level of import increasing at a time when the UK is at risk of losing its current export trade is highly concerning. Mr Stocker continues: “Exporting and importing sheepmeat does make sense in terms of balancing seasonality and carcase balance but our markets are finely balanced and British lamb is already on the shelf year round and could be more so given the opportunity. If consumers are able to see British lamb on their supermarket shelves year round then we are confident this becomes the sheepmeat that will be added to their shopping baskets as the UK consumer puts faith in its assured welfare standards and traceability, we hope over and above that imported from other countries.

In terms of trade with the rest of the world, we are clear that any new trade deals must uphold the values and high standards of British farmers and consumers. Open agreements without a form of market leveller to balance the difference in production costs would be damaging to the UK sheep sector. Mr Stocker concludes: “It is entirely unreasonable for UK producers to be able to compete on price with those in Australia and New Zealand - farm structures are very different, UK producers are limited in terms of reducing production costs due to the high environmental and welfare standards that our public expect. Protection of these standards, the contribution to our rural economies and communities, and the protection of grassland environments and their associated benefits though economically viable sheep farming in the UK also needs to be taken into consideration in new trade agreements. The future of our sheep industry, with all its social, economic and environmental outcomes, should not be put at risk in any attempt to secure a trade agreement”. 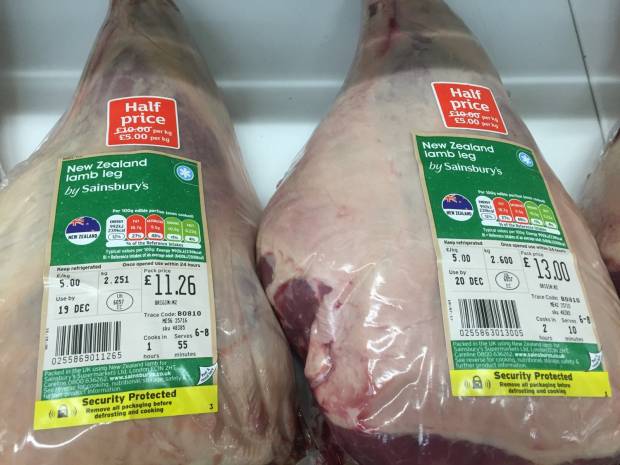