The National Sheep Association (NSA) is looking forward to welcoming Minister for the Environment, Food and Rural Affairs Victoria Prentis MP as guest speaker at the first of its new Breakfast Club webinars this coming Wednesday 20th January 2020.

The first of NSA’s initial series of four, 8.30am, one-hour morning updates will see NSA joined by the Minister who will provide an outline of her vision for agriculture and sheep farming in the UK and discuss trade and the agricultural transition plan with NSA Chief Executive Phil Stocker and NSA Chairman Bryan Griffiths.

The breakfast webinar titled ‘Forging ahead: An early morning meeting with Defra’s Victoria Prentis’ will offer the country’s sheep farmers the opportunity to hear the very latest updates following the UK’s departure from the EU at the end of 2020 as well as providing the valuable opportunity to ask questions to the Minister on matters directly affecting the UK sheep sector.

Victoria Prentis became Parliamentary Under-Secretary of State for Defra in February 2020. During her time in Defra she has presided over the debating of the Third Reading of the Agriculture Bill. Having grown up on a farm in Oxfordshire, Victoria has a lifelong interest in farming. At home, she enjoys looking after her own flock of Zwartbles sheep.

NSA Chief Executive Phil Stocker says: “We are extremely grateful that Minister Victoria Prentis has agreed to join us for the first of our new morning webinars.

“It can be a rare opportunity as a working farmer to have the opportunity to speak directly with such a key decision-maker so we do hope that many of our nation’s sheep farmers will make the effort on Wednesday morning to pause from those morning jobs and join us for what we are confident will be an informative and interesting session.”

NSA launches its Breakfast Club webinars at a time of great change for the UK sheep farming sector. The association hopes the series of webinars that will all welcome UK farming leaders and experts, as well as NSA officeholders, will help deliver concise and useful information in an accessible hour-long webinar to those seeking guidance at this critical time.

Coming up following next Wednesday’s webinar will be ‘NSA Breakfast Club – Going it alone: An early morning debate about future trade of UK sheep meat’ on Wednesday 27th January and ‘NSA Breakfast Club – A united approach: An early morning briefing on post-Brexit approaches in the four UK nations’ on Wednesday 3rd February with detail of the fourth webinar to be announced soon.

Mr Stocker continues: “We really believe there is appetite for a series of hour-long webinars such as those we have planned to deliver this year. We have planned an initial four sessions but hope demand means the morning meetings, that can be enjoyed before the main demands of the day begin, will continue further into 2021 providing timely and useful policy and technical updates to the UK’s hard-working sheep farmers.”

Interested parties wishing to register for the Breakfast Club webinars or find out more should visit the NSA Virtual Event website or to simply register to join the morning meeting with Victoria Prentis on Wednesday 20th January at 8.30am please click here. Questions to be posed to Minister Prentis can be emailed in advance to [email protected]

The NSA Breakfast Club is designed to deliver the most up to date information to interested parties and therefore the subject matter of future sessions after the morning meeting with Minister Prentis may be subject to small changes. 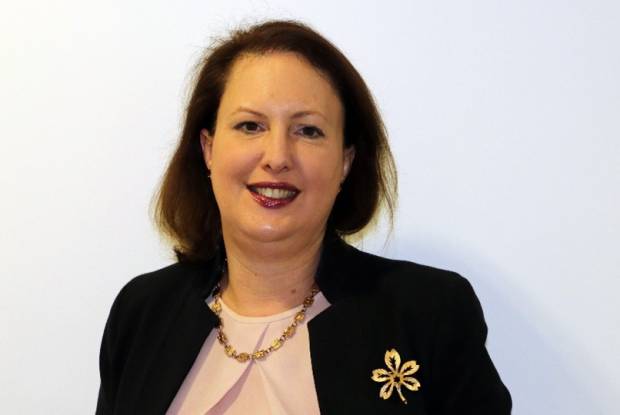 Victoria Prentis
National Sheep Association | The Sheep Centre | Malvern | Worcestershire | WR13 6PH
Tel: 01684 892661 Fax: 01684 892663
NSA is a Company Limited by Guarantee, registered in England (No. 37818). It is a registered charity in England and Wales (No. 249255) and in Scotland (No. SCO42853). NSA is VAT registered (No. 273 3469 44). NSA complies fully with the General data protection Regulation (GDPR). Contact NSA to request our privacy policy, to raise queries or concerns regarding GDPR, or to unsubscribe from NSA mailing lists. National Sheep Association is an organisation which represents the views and interests of sheep producers throughout the UK. NSA is funded by its membership of sheep farmers and it activities involve it in every aspect of the sheep industry.
your business your future