The National Sheep Association (NSA) is today warning that the current inability to move breeding sheep to the EU will soon bite as the sheep breeding season progresses.

NSA Chief Executive Phil Stocker comments: “With the UK Government easing controls on imports from the EU until the end of the year and into 2022, we are seeing no reciprocal decisions from the EU and it feels as though our negotiating hand is being given away. We are in the ridiculous position of being able to import live breeding animals into the UK now, but not able to export anything due to an absence of facilities to take breeding animals on the other side of the channel."

While most of the trade in breeding cattle results in animals being brought in to the UK, for sheep virtually all trade is based on farmers in the EU wanting to buy British bred sheep – something they are deprived of at the moment and a situation that is causing growing concern amongst a number of sheep breeders for whom this is an important trade.

Mr Stocker continues: “Britain has a reputation for being the ‘stockyard of the world’ with our genetics and high-quality animals being in strong demand. If we lose our ability to move breeding animals across borders then others will soon step in. I am concerned that the potential severity of the impact this could have on UK breeders is not being sufficiently recognised by Defra and Ministers because of the link with the Government’s recent consultation on journey times and welfare in transport – that in itself is resulting in a loss of confidence amongst breeders.

“Even within the UK, the situation is dire with all promises made broken over free and frictionless trade between Great Britain (GB) and Northern Ireland (NI). No one knew or expected what was coming, and it is going to be difficult for GB breeders to satisfy the Scrapie requirements for exporting the majority of breeding sheep to NI, with it needing three years to be part of the scheme that would allow trade to continue. Equally as bad are the requirements for any animals coming from NI to GB for shows or sales to then not have the ability to return home without staying here for six months. The NI protocols have silently killed off the majority of the trade for GB farmers selling commercial maternal sheep to NI, as well as a crucial part of the NI farming sector that is based on breeding high-value pedigree animals as part of the UK industry.”

Mr Stocker concludes: “It feels like we are being told Britain is to become a bigger player on the global stage whereas the reality is that we cannot even trade with our closest neighbours”. 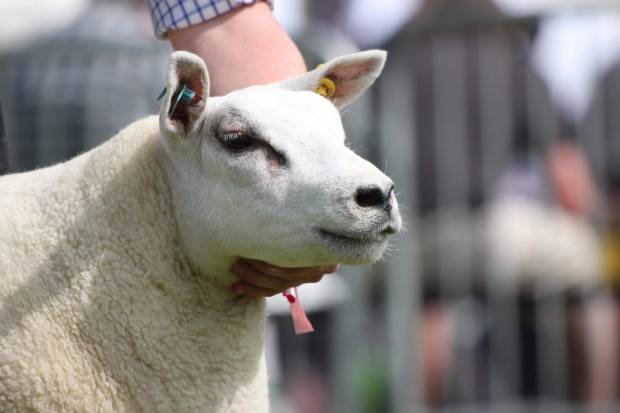