Following the launch of a new, refreshed Countryside Code last week the National Sheep Association (NSA) has highlighted inadequacies in the advice given to the general public, placing sheep farmers and their flocks at further risk at this busy time for the sector.

Changes in the guidance issued by Natural England and Natural Resources Wales include information on walking only on footpaths and not feeding livestock but little recognition has been made to the increasing? problem of irresponsible dog ownership and sheep worrying by dogs.

NSA Chief Executive Phil Stocker comments: “The consultation that has led to the launch of the new version of the Countryside Code has fallen short of the mark in terms of what is needed. I’m not convinced that the high level of consultation claimed was really adequate, and most importantly there are significant gaps between the information contained in the more detailed version of the code (that few people will read), and that contained in simpler  version (that the majority of people who read it will get to see).

“Of particular concern to sheep farmers in England and Wales will be the failure to advise that dogs should be kept on leads in the vicinity of livestock. To simply suggest a dog should be ‘in sight’ when its behaviour around livestock could be unpredictable will not prevent livestock being attacked by dogs.

“It is also a missed opportunity to inform people that the majority of our countryside, including National Parks, is farmed and privately owned and that with rights, goes responsibility. The review of the Countryside Code was much needed and is something that NSA called for, but let’s hope we don’t have to wait another decade before it can be looked at again.”

The new version’s release comes at a time of concerted effort by NSA to highlight the devastating risk posed by dogs to sheep and lambs in the countryside. The association is currently surveying farmers on the issue with results already submitted indicating an increase in sheep worrying by dogs cases over the past year when lockdowns have resulted in an increase of walkers through fields.

Initial findings also suggest that most attacks happen due to a lack of knowledge by the general public on the devastation that even the calmest natured dog can cause. Something NSA believes the Countryside Code could have helped rectify.

Mr Stocker continues: “Sheep farmers across the UK have suffered an increase in sheep worrying attacks by dogs over the past year, as dog ownership has increased and walking in the countryside has become one of the few activities to be enjoyed during lockdown – but dog owners must be responsible for their pets.

“Please keep your dog on a lead whenever there is a chance sheep could be nearby and avoid walking closely to them if at all possible. You may not consider your dog capable of causing suffering by barking, chasing and attacking sheep, but it is an instinctive response.”

NSA is urging all sheep farmers who may have had an issue with sheep worrying by dogs over the past year to complete the survey before it closes on Monday 19th April. The survey can be completed at www.surveymonkey.co.uk/r/sheepworrying2021. All survey data will be collected anonymously with the information gathered forming part of NSA’s 2021 Sheep Worrying by Dogs campaign which is scheduled to run throughout 2021 to promote responsible dog ownership.

Further guidance for dog owners and information on the devastating issue of dog worrying visit the NSA website here. 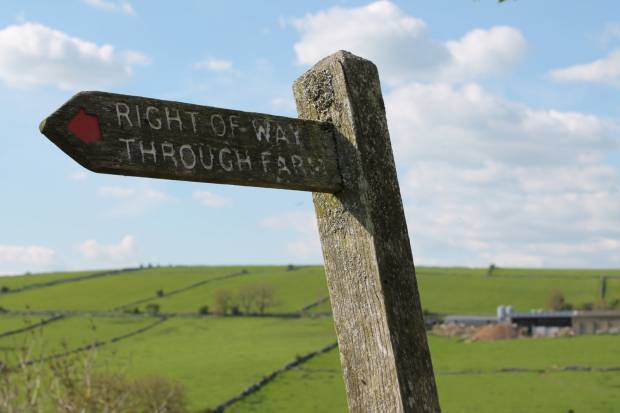