Having come to the end of a successful Chairmanship of the National Sheep Association (NSA) at the beginning of the year, North Devon sheep farmer, Bryan Griffiths, has now been announced as a new Vice President of the association.

Following a recent NSA Board meeting, Mr Griffiths was invited to become Vice President in recognition of the hard work and commitment he has shown to both NSA and the wider sheep industry, especially over recent years when the UK sheep sector has found itself in a time of uncertainty with concerns over future trade and changes to agricultural and environmental policy.

Mr Griffiths comments: “It is an honour and privilege to be invited to become a Vice-President of the NSA. I am looking forward to continued involvement in the organisation for many years to come."

NSA Chief Executive Phil Stocker says: “Bryan has been a loyal and valued supporter of NSA for many years. His longstanding involvement in NSA South West Region, involvement with NSA English Committee, NSA Sheep Event and more recently as NSA Chairman has seen his enthusiasm for the UK sheep sector drive his work to make a difference and it is only right that this is recognised with his being invited to serve as one of our much appreciated NSA Vice Presidents.”

NSA Vice Presidents are ambassadors for NSA and proactive in promoting and reporting opinions and views back to the Association. They have traditionally been previous NSA chairmen and, in this way, come into the role with deep knowledge and long involvement in the association.

Any additional nominations for Vice Presidents should be proposed at the NSA AGM held each August with their appointment at the discretion of the NSA Board. 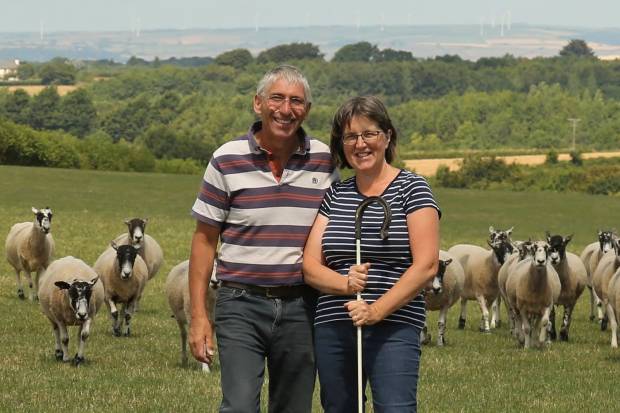 Bryan and Liz
National Sheep Association | The Sheep Centre | Malvern | Worcestershire | WR13 6PH
Tel: 01684 892661 Fax: 01684 892663
NSA is a Company Limited by Guarantee, registered in England (No. 37818). It is a registered charity in England and Wales (No. 249255) and in Scotland (No. SCO42853). NSA is VAT registered (No. 273 3469 44). NSA complies fully with the General data protection Regulation (GDPR). Contact NSA to request our privacy policy, to raise queries or concerns regarding GDPR, or to unsubscribe from NSA mailing lists. National Sheep Association is an organisation which represents the views and interests of sheep producers throughout the UK. NSA is funded by its membership of sheep farmers and it activities involve it in every aspect of the sheep industry.
your business your future