“Time to keep local farmers on the menu”, says NSA

As lockdown easing continues, including the recent reopening of indoor hospitality, the National Sheep Association (NSA) is now stressing the importance of a continued “buy local” philosophy amongst UK consumers.

A new appreciation for the role of local farm shops and butchers was experienced during the Covid-19 pandemic as shoppers turned to them as concerns were heightened over personal safety in larger, busier stores and certain products became hard to source. It is estimated nearly half of British shoppers avoided large supermarkets at the height of the pandemic, favouring farm shops and other local businesses that were able to provide essentials such as meat, vegetables, baking ingredients and other groceries to keep the nation fed.

With the lost luxury of dining out, local butchers and farm shops were there to provide fresh locally produced meat and vegetables as the nation turned back to cooking at home and “dining in”.

NSA Chief Executive Phil Stocker says: “The nations farmers, growers and dairies work hard every day to feed our nation and provide vital produce for export. They continually strive to improve animal health and welfare along with environmental standards and continuously deliver against those standards to a much higher level compared to many other countries. NSA takes great pride in the way the UK’s sheep farmers integrate high quality productivity with a balanced approach to the protection of nature, managing climate change by their farming practices and supporting local communities.

“It’s now time to return the favour by continuing to shop locally, using butchers and farm shops, but also asking supermarkets to identify where their produce has been sourced. Supporting locally produced food further reduces the need for imported foods, adding to further benefits for climate change for the whole nation. Help spread the word by raising awareness and encouraging others to do the same.”

It is recognised that as a nation we want to buy better and eat better. Dietary choice has changed, perhaps even more so during lockdown, but the key personal drivers still tend to be health, environment, ethics and pleasure. A balanced diet is essential, with nutrients that are unique to, or more bioavailable from meat and dairy, complemented by plenty of fruit and vegetables. From the Sunday roast to the summer BBQ, locally produced lamb and mutton can meet those needs and have a key role in celebratory meals and special treats as well as simple day-to-day recipes.

NSA believes the provenance of meat products should not only be made clearly available when buying produce at a store but also when enjoying dining out. Mr Stocker continues: “A number of restaurants, pubs and hotels are very good at informing the customer on the origin of the produce on their menus but now is the time to encourage, actually even insist that local producers are acknowledged on all menus, in all types of establishments including take-ways - it is not too much to do as a thank you to the nation's farmers.”

The use of Australian lamb is commonplace in some hospitality so NSA’s ask is that wherever possible customers should request information on where the lamb in their meal has been produced, also raising awareness with meat wholesalers of the availability and quality of British lamb. Mr Stocker concludes: “Let’s get local farmers on the menus in our pubs, restaurants, hotels AND takeaways allowing an even wider audience to enjoy sustainably produced, high welfare lamb from the UK.” 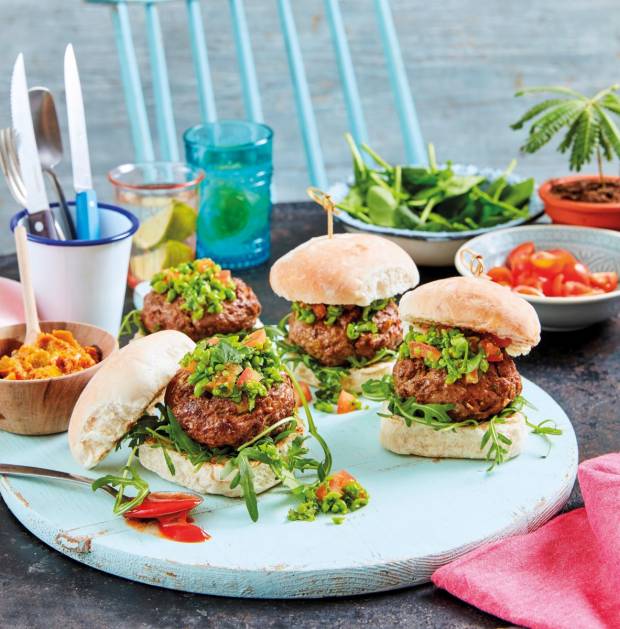