An industry roundtable discussion in London today (Friday 8th April) marked the release of a new report by the National Sheep Association (NSA) on The wider consequences of the introduction of Eurasian lynx to the UK.

The report, providing researched evidence about the potential impact of introducing the big cat to the countryside, is in response to plans by Lynx Trust UK to apply for release licences in England and/or Scotland later this year. NSA feels the debate so far has only highlighted the potential positives of such a move, overlooking the particular circumstances in the UK and the limited success of projects in other parts of Europe.

NSA argues the consequences would be far greater than just a few sheep lost each year to hungry lynx, as Phil Stocker, NSA Chief Executive, explained at the launch. He said: “Around 75% of biodiversity in the UK has a relationship with agriculture and, as a country, we have invested heavily in agri-environment schemes to enhance this. Grassland environments, which are considered to be an attractive and desirable part of our countryside, are largely managed by sheep farming. But conditions are tough in the sheep sector, returns are low and for some farmers the release of the lynx would be the final straw. We would lose much, much more than just sheep if these businesses cease to operate.”

NSA sees support for release of lynx as part of the wider unawareness of the essential function of sheep in the UK countryside. Their complementary role includes food production, environmental and landscape management, support of species biodiversity, and sustenance of rural communities, culture and heritage. Speaking at the launch of the report, Sybil Macpherson, NSA Scottish Region Chairman and a sheep farmer from Argyllshire, provided a working example of this. She said: “Flocks that were removed from the hills in my area of Scotland have been brought back in recent years, to overcome the negative impact of under-grazing on biodiversity. It is already difficult to maintain those vital sheep numbers due to predation by sea eagles, and I make a plea today to the powers that be for them to put more consideration into granting a licence to release the lynx than they did with the management of sea eagles. Sea eagles have meant the end of profitability for many sheep farmers – add lynx to the equation and the land will become an unmanaged wilderness that is no use to man or beast, domesticated or wild.”

The risk of sheep becoming a key part of the lynx diet was highlighted by Tomas Olsson, who travelled from Sweden to support the launch of the NSA report. His comments prompted wider discussion around this not just being an economic issue for sheep farmers, but something that vastly undermines the huge amount of effort taken on farms to ensure high animal welfare. The risk of lynx killing sheep and dragging some or all body parts away from the scene also flies in the face of steps taken by farmers to ensure full movement traceability, manage disease risk and responsibly deal with fallen stock.

The NSA report casts doubt on the cost-benefit analysis conducted by Lynx Trust UK, and also questions if the release would be fair on the individual lynx involved. Evidence from Europe shows they require huge roaming areas and inter-connected ranges in order to be healthy and sustain population numbers without risking in-breeding.

Mr Stocker said: “The UK is a small island with a high population and a lot of public interaction with the countryside. We have widespread road and rail networks and large urban conurbations. We do not feel this would allow lynx to roam freely and maintain good genetic diversity. The Eurasian lynx is not deemed as an at-risk species so introduction to the UK is not only unnecessary but also dangerous.” 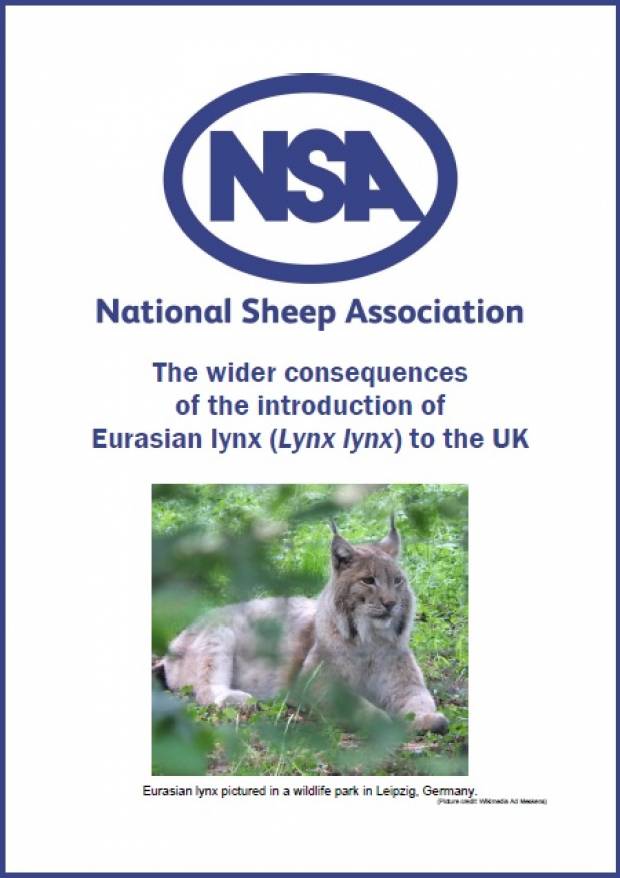 The new report from NSA. 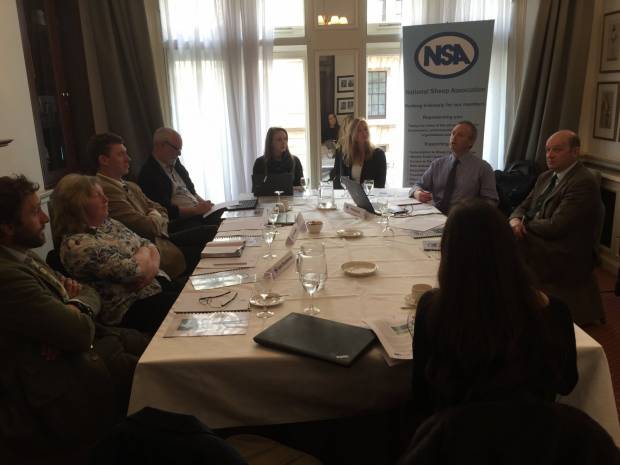 The roundtable industry discussion.
National Sheep Association | The Sheep Centre | Malvern | Worcestershire | WR13 6PH
Tel: 01684 892661 Fax: 01684 892663
NSA is a Company Limited by Guarantee, registered in England (No. 37818). It is a registered charity in England and Wales (No. 249255) and in Scotland (No. SCO42853). NSA is VAT registered (No. 273 3469 44). NSA complies fully with the General data protection Regulation (GDPR). Contact NSA to request our privacy policy, to raise queries or concerns regarding GDPR, or to unsubscribe from NSA mailing lists. National Sheep Association is an organisation which represents the views and interests of sheep producers throughout the UK. NSA is funded by its membership of sheep farmers and it activities involve it in every aspect of the sheep industry.
your business your future