Following the release of a National Sheep Association (NSA) report on The wider consequences of the introduction of Eurasian lynx to the UK, farmers within the UK and further afield have voiced concerns about the impact the predator would have on animal welfare.

Farmers in the UK have a world class reputation for the way they care for and rear livestock, with the country being ‘A’ rated in the Animal Protection Index ranking. Farmers work on a daily basis to ensure high standards and NSA suggests this would be undermined by the release of lynx into the countryside, with sheep being killed, maimed and stressed. Research shows that the risk of predation causes sheep to be constantly alert and on-edge, disrupting usual grazing habits, particularly when they have lambs at foot.

Phil Stocker, NSA Chief Executive, also points to the work the organisation does on sheep worrying by dogs. He says: “We know first-hand of the revulsion the public feels towards dog attacks, but there is an assumption within the plans for a lynx release programme that it’s ok for the lynx to kill and maim sheep. Attacks by dog cause sheep to miscarry their unborn lambs, to be separated from baby lambs once they are born, and to fail to thrive due to high levels of stress. It would be same with the lynx.”

On launching its lynx report, NSA invited Swedish sheep farmer Tomas Olsson to speak about his experiences with predators. Like many farms in Scandinavia, his flock in Västmanland County, in South West Sweden, is threatened by wolves and lynx. He described the lynx as much more unpredictable than the wolf, hunting alone and adapting their behaviour over time as their diet moves to different types of prey.

Mr Olsson says: “It’s like a stick of dynamite with a very long fuse. First the roe deer go, then your favourite cat disappears without you realising, and then they start to take sheep. In the beginning you just lose some sheep and you don’t know why, but then you find more and more dead and not even eaten. The behaviour of lynx is changing; all over Sweden we see this. I think it is maybe the younger ones that hunt for fun and kill more than they can eat.

“It’s the pressure of living with it. You wake up every morning, go outside and find dead sheep that you have spent so much time improving through your breeding programme and caring for through lambing time – just in order to feed the lynx.”

Farmers in Sweden can apply for funding to fence out wolves, but Mr Olsson says lynx can jump 2.2 metres (more than seven feet) and are stealthy enough to sneak into barns and sheds to take sheep. His comments have raised serious concerns amongst UK farmers

Phil Stocker concludes: “Poorer animal welfare is just one of many problems lynx would create if they were to be introduced. Decision-makers must consider this, along with other, wider consequences and seriously consider the detail, not just be taken in by the general appeal of having a big cat in our countryside.” 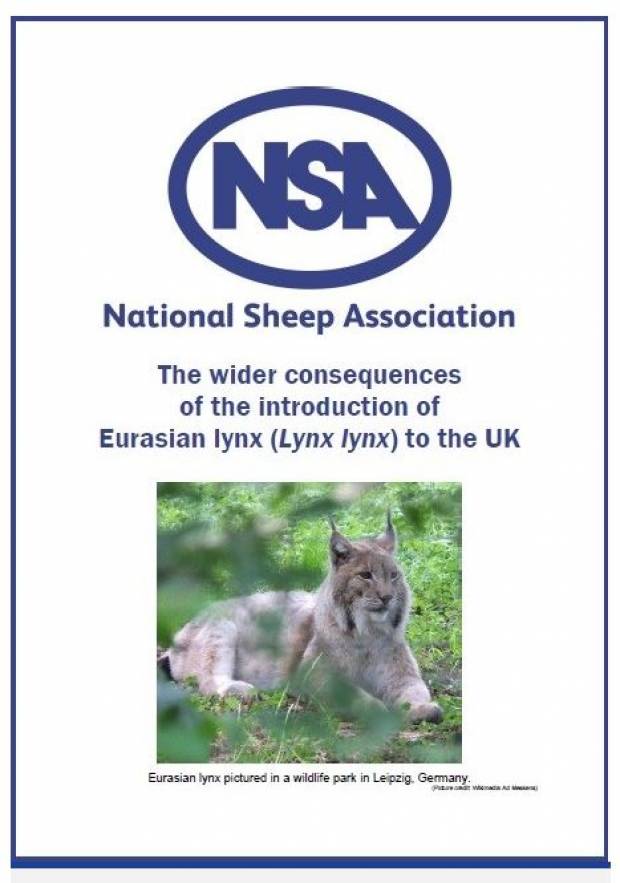