NSA Samuel Wharry Memorial Award for the Next Generation

National Sheep Association (NSA) Next Generation and the Company of Merchants of the Staple of England (the Staple) are delighted to be jointly offering the NSA Next Samuel Wharry Memorial Award for the Next Generation in the form of £2,750 travel bursaries to support two young people (ages 21-34) in a study trip to explore the application of science in sheep production.

Samuel Wharry of Carnlough, County Antrim, was NSA Chairman when he died suddenly in May 2017, aged just 56. As an advocate of science and technology, particularly relating to genetics, these bursaries are given in Samuel’s memory to ensure his enthusiasm, curiosity and practical nature live on.

NSA Next Generation and the Staple are looking for two individuals involved in the UK sheep sector or ancillary industries to receive £2,750 each to design separate trips suited to their own situation, to travel and learn and then share their findings via various presentations and a short written report.

Whether your ambition is to visit countries within Europe or production systems on the other side of the world, the bursary will provide an opportunity to view and be part of exciting enterprises, bringing practical messages back home for the benefit of your own career/business and the wider UK sheep sector.

NSA Samuel Wharry Memorial Award for the Next Generation 2018-2020. The inaguaral award went to Charlie Beaty, who travelled to New Zealand to explore way to maximise permanent pasture, and Marie Prebble, who travelled to France, Iceland and Norway looking at welfare at shearing. Download their written reports below.

NSA Next Generation , supporting the future of the sheep industry through young people.  NSA believes the UK sheep sector needs innovative, enthusiastic and professional young people coming through in order to survive. NSA Next Generation is dedicated to encouraging and supporting the sheep farmers and service providers of the future, through a number of activities throughout the country. The programme began in July 2012 with the support of a number of companies and individuals, including Samuel Wharry, whose legacy lives on in the form of the NSA Samuel Wharry Memorial Award for the Next Generation.

The Company of Merchants of the Staple of England  dates back to at least 1359; there is some historical evidence that is dates back to before 1265, when groups of merchants formed an organisation to strengthen their hold on the sale and export of wool. After that date they operated in London and a number of continental towns and cities, securing a Royal Charter in 1347, which was essentially a monopoly to engage in the export trade in raw wools, woolfells and hides from England, and to supply the great woollen industry of the continent. This continued until the mid-18th Century when the monopoly fell into decline. The Company now meets three times a year, is based in York and has a diverse membership, many of whom have or had strong connections with the woollen and textile industries. Its role is now primarily charitable. 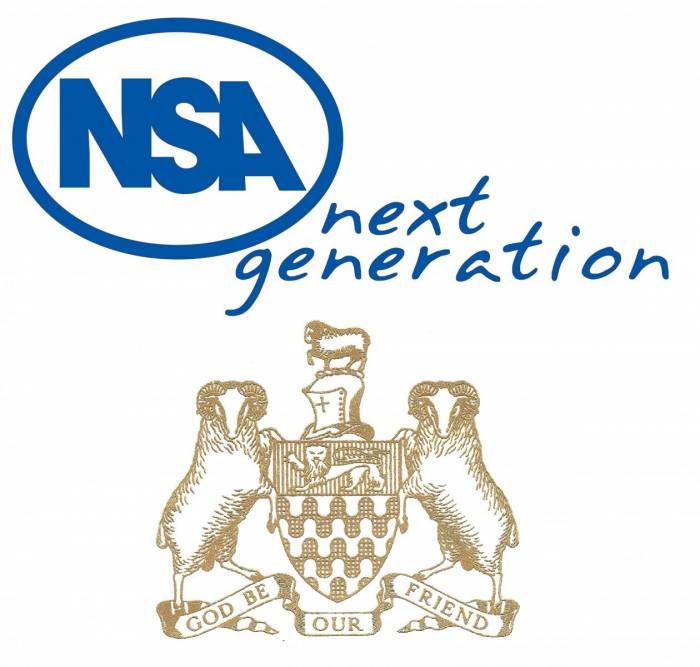 The travel bursaries are offered by NSA Next Generation and the Company of Merchants of the Staple of England. 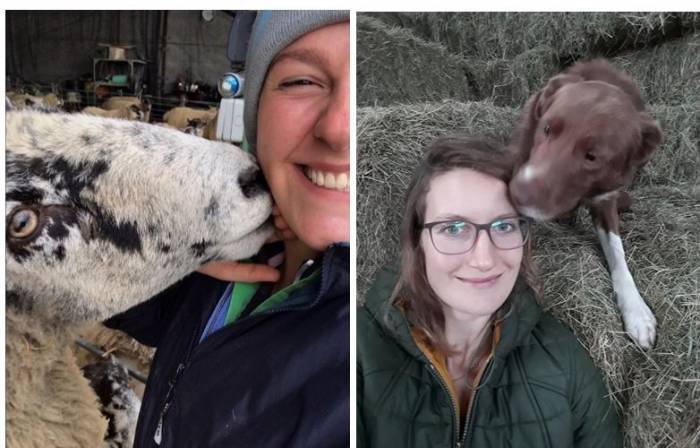 NSA Samuel Wharry Memorial Award 2018-2020 winners, Charlie Beaty (left) and Marie Prebble (right).
National Sheep Association | The Sheep Centre | Malvern | Worcestershire | WR13 6PH
Tel: 01684 892661 Fax: 01684 892663
NSA is a Company Limited by Guarantee, registered in England (No. 37818). It is a registered charity in England and Wales (No. 249255) and in Scotland (No. SCO42853). NSA is VAT registered (No. 273 3469 44). NSA complies fully with the General data protection Regulation (GDPR). Contact NSA to request our privacy policy, to raise queries or concerns regarding GDPR, or to unsubscribe from NSA mailing lists. National Sheep Association is an organisation which represents the views and interests of sheep producers throughout the UK. NSA is funded by its membership of sheep farmers and it activities involve it in every aspect of the sheep industry.
your business your future