The National Sheep Association’s (NSA) North Sheep 2021 showcase is thrilled to announce Hexham and Northern Marts as its headline sponsor.  Next year’s event will be held at a noted sheep producing farm, Bradford House Farm near Ponteland in Northumberland on Wednesday 2nd June. The NSA is dedicated to safeguarding the interests and future of all aspects of the sheep industry and this key showcase will provide farmers with a forum to see a tremendous sheep farming enterprise, along with accessing the latest genetics, technologies and genetics.

Hexham & Northern Marts is one of the North of England’s foremost livestock trading companies. Established over 100 years ago it hosts weekly livestock auctions at both Hexham and Scots Gap Marts. Host of this year’s event, Willie Woodman, of JE Woodman & Son’s farming enterprise is both a long-standing customer of Hexham & Northern along with acting as a company director.

In hosting NSA North Sheep 2021 Willie alongside his wife Christine and son Martin will present the workings of their traditional Northumbrian sheep farm, focussing on the production of top-quality prime and breeding sheep they sell at Hexham Mart. The event itself will take place at their 930 acres Bradford House Farm, home to a lowland flock of 250 Mule Ewes and 200 Texel cross ewes. There will also be display of Blackface sheep from Great Chesters, their 1,200 acres hill farm.

On announcing their commitment and support Robert Addison, Managing Director of Hexham & Northern Marts said: “We are delighted to have NSA North Sheep returning to Northumberland and on our doorstep next year and to have the opportunity to support both the event and the Woodman Family.  I am sure that given the cancellation of this year’s shows and sheep events people will be particularly keen to attend, not just in terms of learning and knowledge transfer, but from a social aspect,  to meet with like-minded farmers and friends.

Bradford House Farm is a tremendous livestock farm and this unique event will provide the thousands people expected to attend with an insight into the production techniques of one of our long-standing customers along with a showcase roadmap to increased profitability.”

The NSA North Sheep is a key date in the  industry’s diary, attracting thousands of sheep farmers from across the north of England and beyond. In addition to the huge number of trade stands expected, there will be a series of seminars and demonstrations covering all areas of the sheep industry.

The event’s organiser and NSA Northern Regional Manager, Heather Stoney- Grayshon said: “We are very pleased to announce this partnership with long standing supporters Hexham & Northern Marts. It is only thanks to commitment from businesses such as this that we the Northern Region of the NSA are able to host what I hope will once again be a fantastic celebration of the sheep farming industry.”

Back to News from Exhibitors 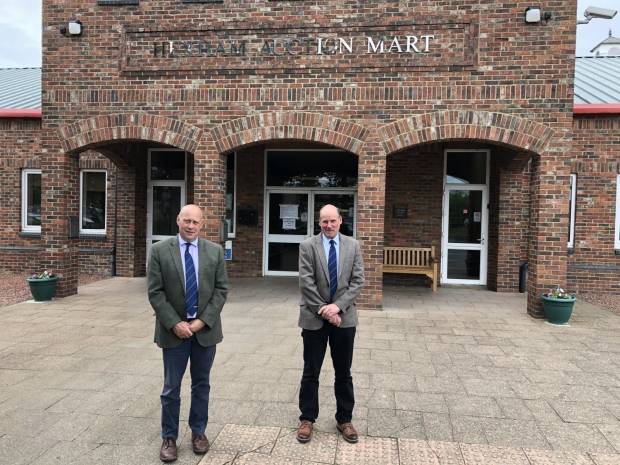