NSA Wales & Border Chairman Graham Jones was pleased with the day’s trading. He said good sheep had sold well, although he had sensed a little apprehension over lamb prices having slipped slightly in recent weeks.He said: “As long as sheep had a good shape and a bit of power, they seemed to have been selling and on the whole it was a pretty good trade. I think people have been selective and I fancy sheep haven’t been quite as forward as they might have been in other years – possibly the price of feed and the grass situation, which wouldn’t have helped. “But good sheep were selling. The bottom end wasn’t there. Also if we’re talking about early lambing, we’re talking about bigger, stronger ewes so we’re looking for bigger, stronger rams and the smaller ones don’t actually fit the bill. “On the whole though most people are happy and it was very satisfactory.”

The highest priced ram was a shearling, from Colin Bowen’s Gwyndy Flock, Pembrokeshire. Mr Bowen said he was out of Wernfawr Vinnie and was very powerful, having shown star quality from the day he was born. It sold to Gareth Bickerton who runs the Lleiriog Flock of pedigree Charolais at Lloran Uchaf, Llansilin, near Oswestry. He described the tup as a ‘damn good all round tup, with plenty of power and bone combined with a good carcass and good skin’. The 1600 guinea Texel was a shearling from Robert and Nesta Watkins’ Corras flock. Corras Elmo was out of Clun Captain and took first prize and reserve champion in the pre sale show. It sold to RA Williams of Laugharne.  Robert Watkins was pleased: “It’s been a sticky sale, with people only going for the best. But a good ram is your cheapest input in a time when costs are affecting everything.”

The highest priced Suffolk went for 850 guineas and was sold by Paul Curran who farms with his father David and partner Ally at Talgarth. He was pleased with the day’s trading, and sold 15 out of the 20 tups he brought. His Charollais ram lamb sold for the highest price of 1,000 guineas, having won first prize in its class and reserve overall champion. He also had the first prize for a pen of Charollais ram lambs. The overall Texel championship went to a shearling ewe from Vaughan Farms Ltd. It sold for 1100 guineas. James Vaughan said it was their first Early Sale and his sons, 9 year old Henry and 7 year old Fred, were clearly delighted.  A total of 81 shearling rams sold to an average £635.44, 28 ram lambs to £486.75 and seven shearling ewes to £448.50.

The Overall Supreme Charollais Championship went to a shearling ram from Adrian Davies and his wife Rhian’s Glyncoch flock and later sold for 1300 guineas.  The Texel Champion was a yearling ewe from Vaughans Farms and sold for 1100 guineas.

Fifteen of the recipient MV accredited Suffolk ewes from Jonathan and Janet Corbett sold for 200 guineas and 202 guineas to Gethin Mathias of Buarth yr Oen, Pumpsaint. He will use them for the pedigree Beltex ewes he’ll flush in October. He praised the convenience of being able to buy and sell on the same day, having sold two Beltex rams for 500 guineas and 400 guineas. 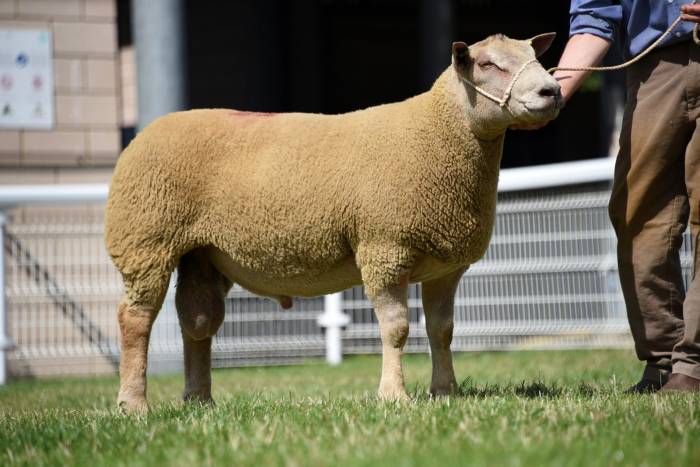 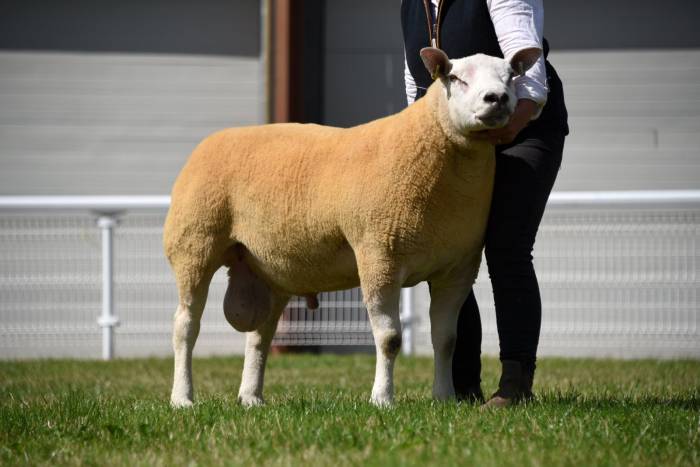 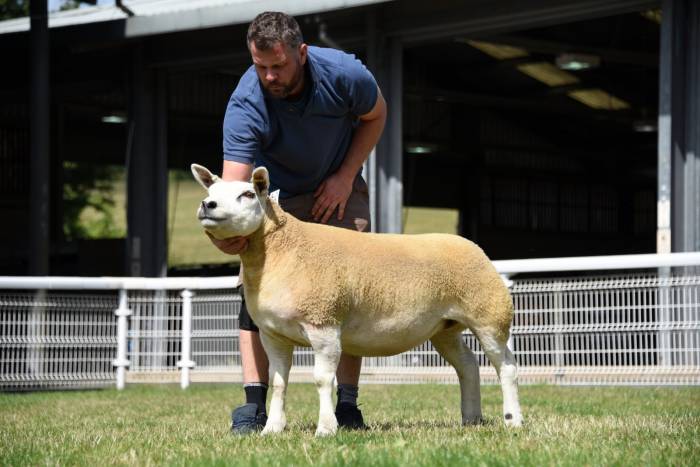 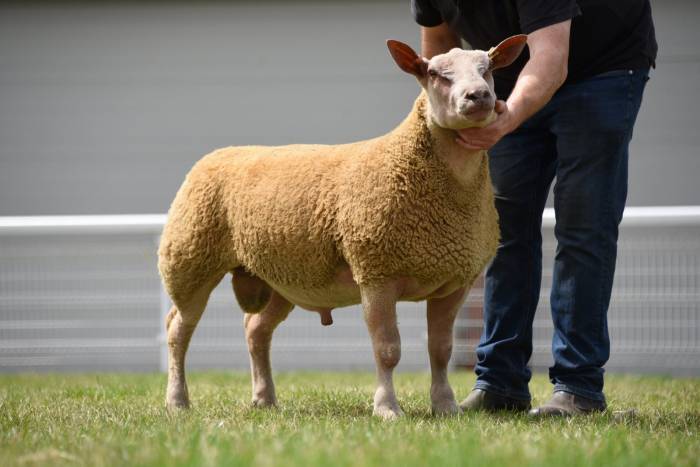 Highest Price Charollais Ram lamb from D & P Curran sold for 1000gns
NSA Wales and Border Ram Sales | Mrs Jane Smith | Long Wood Farm | Trostrey | Usk | NP15 1LA
Tel: 01291 673939 Email: jane@nsaramsales.co.uk
NSA is a Company Limited by Guarantee, registered in England (No. 37818). It is a registered charity in England and Wales (No. 249255) and in Scotland (No. SCO42853). NSA is VAT registered (No. 273 3469 44). NSA complies fully with the General data protection Regulation (GDPR). Contact NSA to request our privacy policy, to raise queries or concerns regarding GDPR, or to unsubscribe from NSA mailing lists. National Sheep Association is an organisation which represents the views and interests of sheep producers throughout the UK. NSA is funded by its membership of sheep farmers and it activities involve it in every aspect of the sheep industry.
your business your future