The South Country Cheviots are an important part of the sale and have broadly maintained numbers forward. NSA Wales & Border Ram Sales Executive Director, Jane Smith, welcomed the development. She said: “Clee Tompkinson & Francis are well established auctioneers at the sale and they welcome the addition of the South Country Cheviots to their portfolio. We hope our Scottish vendors will continue to support the breed, along with the established Welsh flocks.”
Secretary of the Cheviot Sheep Society, Rob McTurk, said the link between South Country Cheviots and the NSA Wales & Border Ram Sales was enduring. It began in the 1980s, in response to Welsh interest in Cheviot rams. He added: “Welsh breeders were coming to the Cheviot sales at Lockerbie and Hawick to purchase rams in the 1970s & 1980s so, when the opportunity arose, breeders decided to take some rams south.

“Welsh farmers soon realised that the South Country Cheviot crossed very well with the Welsh ewe. This cross produced a high-quality breeding female which retained the hardier qualities that they were looking for. Couple this with the breed character and the carcase of the ‘Southie’, the South Country Cheviot has become an integral part of Welsh sheep breeding today. “At the peak, there would be ten to twelve breeders taking rams to Builth. Although fewer in number now, we are joined by a few Welsh Cheviot breeders who have been a welcome addition to the breed. “Just like all sheep sales over the decades, there have been good years and not so good, but, overall, the trip to Wales has been a successful one for these Cheviot breeders.  “More importantly, it has enabled them to showcase the quantities of the South Country Cheviot breed to a larger clientele.”  Mr McTurk stressed that Welsh farmers want quality sheep. It was recognised that substandard sheep would have to make the long journey home again! 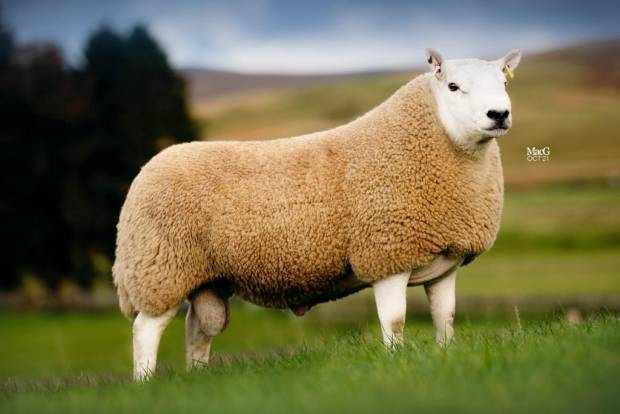