A batch of performance recorded fully registered pedigree Charollais ewes will be the first females at the NSA Wales & Border Ram Early Sale for some years. The sale takes place at the Royal Welsh Showground on Monday, 1st August.
Glyn and Jeanette Williams have chosen the event at the Royal Welsh Showground for a reduction sale from their Padest Flock as they ease into retirement. The couple, who farm at Crai, Brecon, have been stalwarts at the NSA Wales & Border Ram Sales from the very earliest years.
They began selling Texel rams back in the late 1970s and continued with Charollais when they changed breeds in 2003. They enjoy the day’s trading and have established a strong customer base, with buyers regularly returning to pick from their pens.
Glyn says: “It’s convenient for us. The ram lambs are big enough to sell at the Early Sale. They’re born in early December and are touching 90 kilos by August and some of them are over that weight.
“These rams have got high growth rates and they are carrying the gene, so that whoever buys them and puts them to cross bred ewes will have high growth rates in their lambs.
“It means they’ll be able to get them out a fortnight earlier. It gives them an edge on price. These lambs would be 42 kilos in May and ready to go if they were lambing in February.”
Jeanette is proud that one local buyer sees the lambs from their ram regularly top the market in Brecon. The couple say they almost get more excited than the vendor when his lambs sell so well.
And she adds: “We know everybody there and so it’s a day out as well. There are good prices there and people come to buy from such a wide area. The quality of the stock draws them in.”
Glyn and Jeanette farm 160 acres at Crai. The days when they farmed 1000 sheep out on the hill,
Brecknock Hill Cheviots put to Texel rams are gone. They also had 75 pedigree Texels, as well as cattle.
These days they concentrate on quality pedigree Charollais sheep and ease of management. The ewes are all sponged and mated in the shed to lamb in six days in early December. There is no AI.

Glyn says lambing in December can make a difference of 10 kilos when it comes to selling the ram lambs. They have reduced their flock to just 55 ewes and will sell 23 in- lamb yearlings later this year, with a view to retiring in two years.   The ten yearling ewes offered for sale at the NSA Wales & Border Early Sale
will be empty, to give potential buyers the choice of tup. They will also be selling six yearling rams and ten ram lambs.
The yearling ewes and yearling rams are out of the high index Castellau ram U Beauty, while the ram lambs are also out of U Beauty and Loanhead Weightsman, Padest Valentino and Cavick Uber Mover.
The couple are hoping for a good trade, having sold ten ram lambs at the same sale last year averaging £638, the highest average in the ram lambs.

NSA Wales & Border Ram Sales Executive Director, Jane Smith, said: “We are delighted that Glyn & Jeanette have chosen the Early Sale to begin their reduction sales. It gives our buyers a great opportunity to buy into first class stock and we very much appreciate the support Cwmpadest have given us for many years.”
There will be 300 plus rams in total offered at the Early Sale on Monday 1st August. The event
traditionally sets the standard for the season and is important for early lamb producers.
The gimmers from G & J Williams, Cwmpadest, Crai, near Brecon will be among 178 Charollais
forward. There will be 109 Texels offered for sale, along with Suffolks, Dutch Spotted, X breds
and a consignment of 24 recipient ewes.
Last year’s Early Sale saw a top price of 1600 guineas paid for a Charollais shearling ram, with
two Texel tups selling for 1400 guineas each. Three Suffolks each sold for 850 guineas. 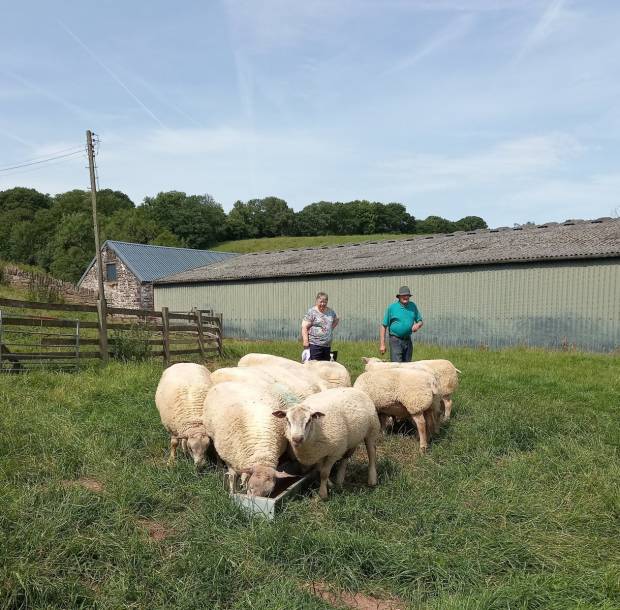 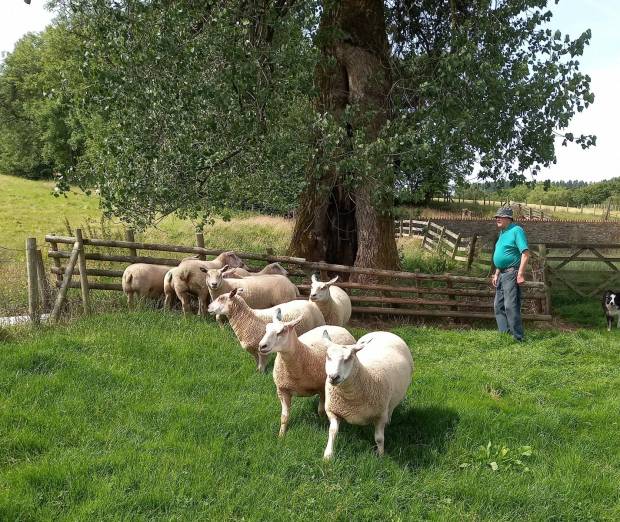