The NSA Wales & Border Ram Sales held at the Royal Welsh Showground each year has a well deserved reputation as a premium matchmaker. But it’s usually the sheep that find a partner!

Popular TV presenter, Meinir Howells, however, is happy to admit that she first met husband, Gary, at the Early Sale.  He is the current NFU Cymru/NFU Mutual Welsh Livestock Champion of the Year and was selling the family’s Texels, Meinir her Balwens.

These days the couple and their adorable two small children clearly still enjoy the banter and the camaraderie at the event. They bring a sizeable number of rams to the main and early sale, peaking at 95 a few years ago when they brought two runs of Texels, some Suffolks, Blue Faced x Texels and Balwens.

This year they’re planning to bring 60 or so Texels and 15 Balwens. Meinir has fond memories of selling Balwens as a child at Builth 25 or so years ago, back in the days when the sale was held in marquees. Gary and his parents, John and Ann, sold Texels at the sale for about the same amount of time.

The couple are completely focussed on preparing the rams as usual – albeit with the constant ‘help’ of three year old Sioned and two year old Dafydd. Lockdown has its challenges in terms of family life, as well as farming 450 acres of gently rising ground at Shadog, Pentrecwrt, Llandysul. They run 600 ewes, including 350 pedigree Texels, 70 pure Suffolks, 30 Bluefaced Leicesters, 20 pure Beltex, 20 pure Charolais 20 Balwens and cross breeds.

The rams are turned in with the ewes at the end of September to lamb at the beginning of March. They keep about 200 head of cattle, 20 pedigree Limousin (Shadog herd), 25 commercial sucklers, and they calve about 40 heifers in the spring to sell as cows and calves at Llandovery market. It’s a demanding period for the family.

Normally, both sets of parents help at busy times or when the children aren’t in school and nursery. Lockdown means that isn’t possible at the moment. Lambing in March was exhausting as there was no student help – a live Ffermio broadcast from the lambing shed delighted non farming viewers as well as farmers. A subsequent programme featured the couple shearing alongside Meinir’s brother and sister-in-law – all filmed by Meinir and the family on phones as a consequence of Lockdown!

Meinir normally works two days away from the farm on the programme and one day at home – during Lockdown everything is home based. The effect of Lockdown on sale opportunities for the Limousin x sucklers, sold with calves at foot, and for the prospects of the NSA Wales & Border Ram Sales is a worry. The early and main sales are their main outlet and a critically important shop window.

Meinir says: “We’re managing the rams in the same way that we’ve always done, but then there’s a strong emphasis on getting them ready on a grass based system. Obviously we do feed them concentrates, but they don’t get any as ram lambs and because of that we don’t get record prices, but we do get people coming back to buy from us because they last for the buyers – and they tend to improve!”

It’s something Gary is passionate about, together with an aversion to massive heads and big bones. He says: “We’ve got so many repeat customers, it’s unbelievable. One such customer is the renowned Rhug Estate, Corwen, who buy ten or 12 from us every year and are delighted with them.

“Plenty of people buy four, five or six every year. People are happy with them, because they turn them out and they do so well – somebody phoned us one year about three weeks after they bought the tup and said the tups looked better than when they bought them! It was nice to hear.”

They have exported ram lambs to Estonia, but generally sell all their rams at the NSA Wales & Border Ram Sales. So why do the couple bring them to the sale, when clearly there are committed buyers who pick from their pens every year? Surely they could sell from home, without the costs and the work involved in such a big day.

They feel that with so many repeat customers at Builth each year, it wouldn’t be fair to sell the best from home first. Their regulars want and deserve to pick from the best they can offer each year.

Gary is clear: “It pulls such a great crowd from everywhere. We send tups down to Devon, Cornwall and we sold one up to the Orkney Islands from the NSA sale. They just go everywhere.

“People tend to wait for Builth, especially in that area and around Mid Wales and Hereford. There’s a vast area there. They know there’s a good sale in Builth. They get a lot of good tups from different breeds.

He shrugs off the work involved, saying the Texels don’t take a lot of preparation and a friend helps on sale day.  The Balwens are a particular delight, attracting families there buying main breeds, but who might want something to start the kiddies off.

Meinir enjoys the social aspect of the sale, as well as its importance to their business.  Their Texels, although pedigree, are bred for easy lambing and aimed at the commercial market rather than the pedigree with its headline prices.

They were, though, thrilled when they topped the trade at the Early Sale in 2017 with a Texel shearling, Tycam Y Bardd, selling for 1750 guineas. The pen average that year was £756 for the 15 sold that day and the family pride themselves on getting a good average price year in year out.

It’s a busy life, but the family thrive on it. Gary scans up to 70,000 sheep each winter and Meinir’s TV work is a big commitment. They feel that ‘outside work’ gives balance and perspective to life, that it’s important to get out and meet people. And of course they readily ‘give something back’ in terms of supporting their local Young Farmers Club. 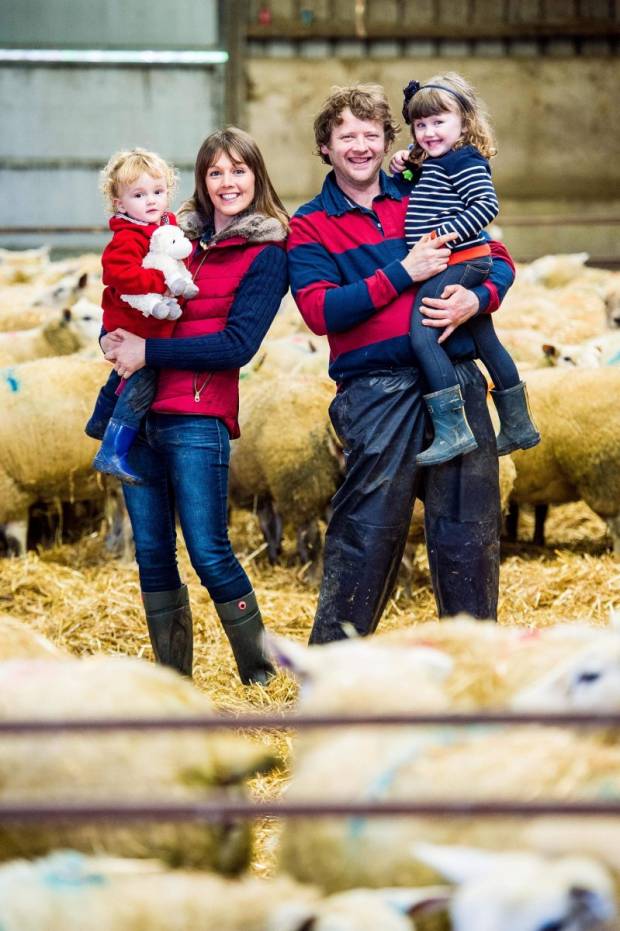 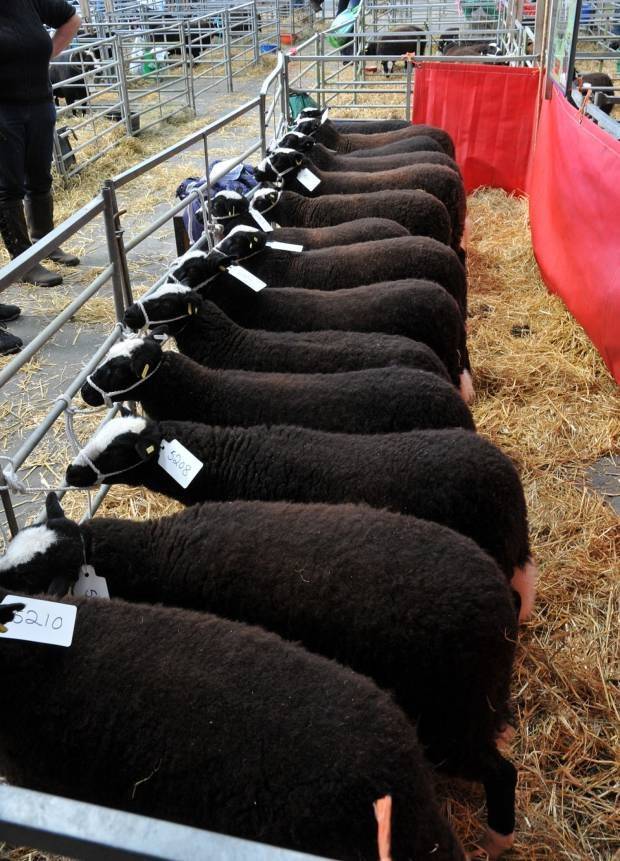