Owen who farms 480 acres at Hay on Way, just a few fields from the internationally famous festival, is typical of the younger generation of farmers – phone in hand, ever across the latest technology and innovation. Yet, having first attended the sales with his father as a very young child, he’s as committed as ever to its importance, its continuation and its crucial role in sheep farming in the UK and beyond.

The covid pandemic and lockdown meant, of course, that last year’s sales had to be cancelled. This year, though, the committee is confident that they’ll go ahead as planned on 2nd August and 20th September. There have been positive meetings with the Royal Welsh Agricultural Society and with various Health and Safety officials. Owen says: “Vendors are very, very pleased to be having the sale back. It brings stability, they know the customers. And the customers know the layout, the quality and standard of the rams, because they’re all inspected. “The lamb trade has been tremendous. There was all this build up and worry about Brexit, but since we’ve had Brexit, the sheep and cattle trade has gone through the roof. “There is always a premium on quality and as UK sheep farmers we do pride ourselves on quality and standard of stock, so the NSA is the place to come and buy a ram. You know you’ve got quality and you know they’re of a standard.”

Owen’s father started buying Suffolk rams and then Texels back in the 1980s.  Owen has been selling Caenantmelyn Texel tups at the main sale for the past eight or nine years and in 2016 won the Texel Championship at the society show. His headline price was 3,000 guineas and, more importantly, his rams have consistently averaged £1,000. He has very fond memories of pre ram sale Sunday evenings when it was housed in the marquees at the Royal Welsh Showground. Owen says he and his father used to wander around picking out possible purchases and chatting to old friends as the afternoon gave way to dusky dark. Nostalgia, though, plays little part in his commitment to the sale. He runs 65 pedigree ewes as well as 600 commercial ewes, along with 55 suckler Limousin X Belgian Blue cows and growing barley. Owen is adamant that it’s as relevant as over and, while many younger people are reluctant to forego precious daylight hours for committee work, he looks upon supporting the NSA Wales & Border Ram Sale Committee as crucial to his business.

Owen says: “There’s no point rushing around, getting all your sheep right and then you haven’t got anywhere to sell them. The sale is an important part of our working life and an important part of the business. We need the sale to make money. “I strive to get rams good enough to go to our sale, because you know if you’ve got enough rams then you know you are a respected breeder throughout the country. We didn’t have it last year, so we didn’t have the customers – the Scotch boys, the Irish, the north of England and south of England boys. “We took a massive hit financially last year. The social media helps, because you can look at the rams online first, but it’s a terrible thing to value your stock at home – you don’t want to overcharge anybody or to undercharge. At the sale, you know that people are paying what they want to pay. There is no fairer way.”

Owen is looking forward to bringing 20 to 25 Texel shearling rams this year. He breeds ‘top end’ commercial rams. The ewes are lambed in mid to end of February, before the commercial ewes begin lambing. The pedigree rams are out after a couple of days and fed a little creep from a month old until weaning. The better ram lambs are picked out and kept on grass until November and from then on given coarse mix until the sale. It’s good, clover, grass but the rams aren’t over fed. The idea is to get them ‘fit not fat’. 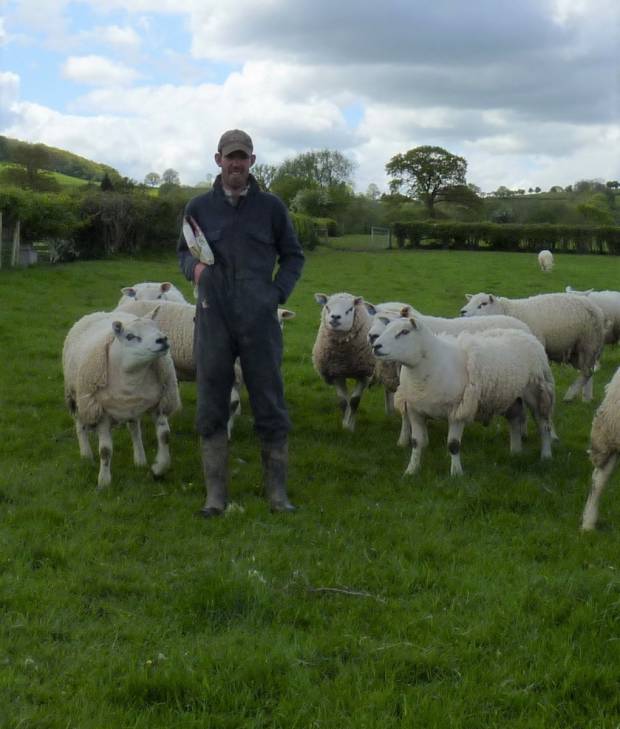 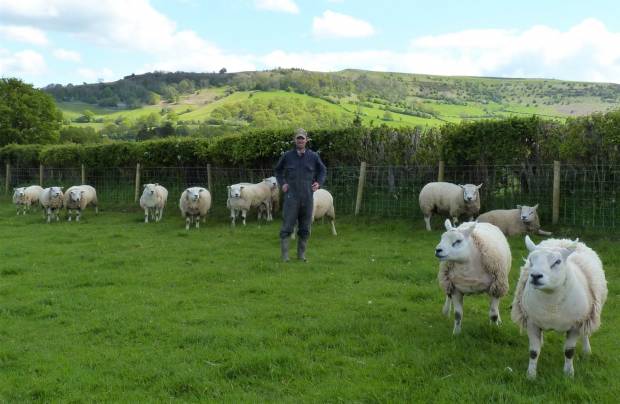