Badger Faces will go to Builth

Two Torddu rams from the NSA Wales & Border Sales committee member, Lucy Levinge, will be offered for sale at the Royal Welsh Showground on Monday 20th September. One of Lucy’s Llwyn-on tups achieved a new record price of 1700 gns at the official society sale in Brecon this month.  There won’t be a Badger Face Welsh Mountain official sale at the multi breed event, but one of Lucy’s tups, a two year old with the same sire as last year’s top price ram will be there. The ram was sold at the Brecon official sale in 2020 for the highest Torddu price on the day, at 1050 gns. She is also offering a yearling ram for sale, bred by a Lan tup.

She says of her decision to sell at the NSA Wales & Border Sale: “We have a fantastic shop window at Builth and I wanted to provide stock for those who couldn’t attend the Brecon Sale.  “This year I entered two rams for the official show and sale. The 2nd placed ram topped the sale and achieved a new record price for a Badger Face Welsh Mountain. It had previously been held by the Joseph family at 1580 gns since 2010.  “My ram was purchased by Robin and Jenny Langford from Cheshire for 1700 gns. The 4th placed ram made 900gns. He was sold to Messrs Grisedale in Cumbria. Both of these purchasers keep large flocks of Badger Face.” 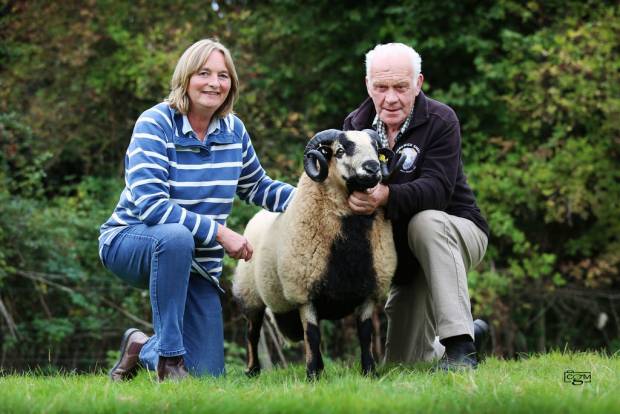