Monday’s NSA Wales & Border Ram Main Sale can’t come soon enough for committee member and Blue Faced Leicester breeder Elfyn Owen. He farms near Llanrwst and has been a regular at the sale for about 40 years.   Elfyn has served on the committee for four years and says it’s well worth the five hour round trip to support the sale. And besides he is always happy to indulge his passion for talking sheep!  He runs a pedigree flock of 50 ewes and a commercial flock of 600 Welsh ewes. He will be bringing ten lambs and three yearlings to this year’s sale and says it was much missed last year.  He says: “I bought my first Blue Faced Leicesters as a teenager. I wanted something new to put on my Welsh hill sheep when I came out of college and I went to Scotland to buy four ewes to start.

“There’s nothing to beat the Blue Faced Leicester. We produce the white face Welsh Mule out of the Welsh Sheep. We are a closed flock and breed the rams and the ewes for producing the white face Welsh Mule, which prove to be the right ewe for many.”  “They are very popular and in demand. They’re a very efficient ewe, with a good mouth and very prolific, not too big. Just an efficient little machine!  “There have been many highlights along the years of selling at the NSA, but 2013 was special when we had the overall breed championship.  We have sold tups in the past up to £3,500 and although we aim for a good sale our emphasis is on value to the customer. We have a fantastic loyal following.”

“It’s an annual pilgrimage to Builth and being part of this special event is important to us as a farming family on so many levels. The social aspect of meeting friends, fellow vendors and prospective buyers all adds to the excitement of the day . There’s no other feeling like the buzz around a sale ring.”   Elfyn has been showing and selling at the NSA Wales & Border Ram Sales since 1980 and hasn’t missed apart from when pandemics have forced its closure. He says it offers a great choice of rams for the buyer and is a fantastic sale, with great selection in every breed. 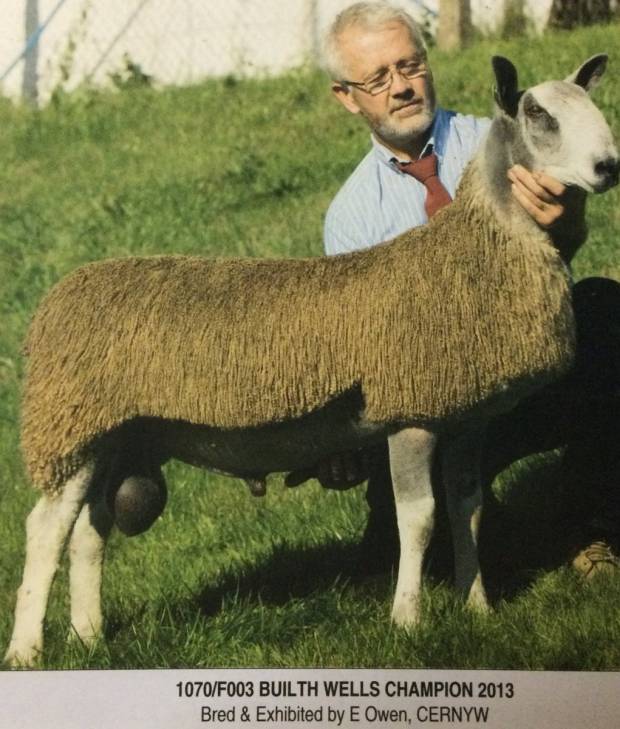