As Brexit dawns, NSA reminds Government of the needs of UK sheep farmers

With Brexit finally upon us, NSA is reminding Government of the need to ensure stability in Agriculture in the short term in order to assure the future of rural communities remains bright.

NSA Chief Executive Phil Stocker comments: “As we take this step as a country, it’s absolutely vital care is taken to protect agriculture in the UK and recognise it for the vibrant and vital industry it is. The UK grows some of the highest quality food in the world, something our farmers are extremely proud to produce. Our sheep farmers have an excellent record for delivering healthy nutritious delicious food raised using environmentally sustainable methods.”

NSA recognises the vast potential for UK produce in new trade deals but is calling for assurances that the industry won’t be put under pressure to compete domestically with lower standard produce. Mr Stocker explains: “Sacrificing the high-quality British standards to allow lower-quality produce into the UK is absolutely unacceptable. Forcing British farmers to compete with food produced cheaply at a lower standard and quality will undermine UK agriculture and leave our farmers in an untenable position as consumers who aren’t familiar with why there is price disparity between imported produce and British produce may be drawn in by the cheaper price tags.”

Despite the calls for standards not to be compromised, NSA does recognise the challenge ahead for a trade deal to be struck in time for 31st December 2020. Mr Stocker adds: “The Prime Minister has been clear he isn’t prepared to extend the transition period any further than December. This leaves the very real challenge of negotiating our future relationship with the EU in just 11 months. However, it is necessary a trade deal with the EU, or other equally sized markets, are in place by the end of the year, so the sheep sector is not again facing the significant tariffs attached to trading on WTO rules.”

Looking further into the future at Government proposals for future farm support, NSA is cautiously optimistic. Mr Stocker explains: “In England, there is a real potential for the new ELM schemes, and NSA is pleased to see more recognition of food security in the most recent draft of the Agriculture Bill. This, alongside food security and recognition of British native breeds, is a very welcome change. However, its essential we allow enough time for proper testing, scrutiny and transition. We have welcomed the news of ring-fenced funding, but a direction for this funding has to come soon.”

NSA Northern Ireland Regional Development Officer Edward Adamson comments: “Last week at Queens University, Belfast, Michael Barnier said 'It is absolutely clear there will be negative consequences as a result of Brexit'.  We must respond to this statement and make it clear to our government that we cannot accept 'negative consequences', we need to have free and frictionless trade both North & South and East & West and should not be accepting any food or food products that would be illegal to produce here in the UK.”

NSA Scottish Region Coordinator Grace Reid comments: “Guidance and an indication of direction have sorely been needed in order for to prepare for the future where change will be an undoubtable necessity due to the economic climate. Resilience is the key to any future endeavours by the Scottish sheep industry which has also been an integral part of responses to challenges in the past. Brexit uncertainty has not changed the underlying factors that Scotland’s farmers deal with on a daily basis. Scotch Lamb and all the other products in the supply chains around it must and will survive not only to help maintain the land it boasts but also for the livelihood of people that work it.”

NSA Cymru/Wales Region Development Officer Helen Roberts comments: “Uncertainty for the next 11 months is evident, and the extent of what we can expect in terms of future trade is concerning. A deal must be struck quickly, without compromising standards. In regards to future farm support, NSA Cymru/Wales Region has been involved in some constructive discussions with Welsh Government and the work coming forwards seems to be positive.” 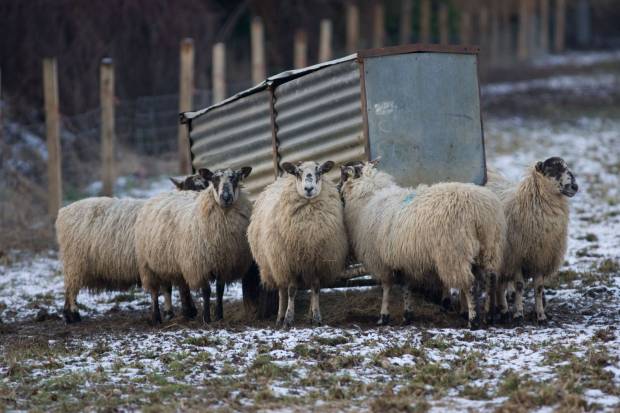