Continuing from The Scottish Farmer’s recent publications on the impacts of Sea Eagles, Scottish Natural Heritage have reiterated acknowledgement of predation on live lambs. Results from Scotland’s Western monitor farms have consistently recorded losses of lambs due to Sea Eagles.

Speaking to Sybil MacPherson, past Chairman of NSA Scotland and local Argyllshire farmer to Sea Eagle nests: “Much needed finance has been made available to the farmers in the locality. However, this does not address the impacts and issues presented by Sea Eagles. Not only are the birds unsustainable to the livelihoods of farmers they are having a huge impact on the diversity of wildlife which surrounds us. The increasing number and hunger of birds are the main drivers to losses suffered on the ground. Progress is starting to be made albeit unaccepting slow. Seeing the impact these birds are having on sheep flocks on a day to day basis and being unable to protect the flock is having serious repercussions on the mental health of farmers who dedicate their lives to their animals. ”

A new Sea Eagle management scheme has been announced for 2020 by Scottish Natural Heritage which “has listened to concerns of farmers and is rolling out improved funding system to support businesses to mitigate against impact of birds on flocks.” The initial scheme offered up to £1500 per acreage basis and has now been raised to £5000 per year to further enhance shepherding.  The Scottish National Heritage will offer 60% towards measures up to £10,000 over 3 years which is said to include items such as fencing, scaring equipment and lambing sheds which will provide shelter from the winged predator – none of which prevent killings directly. This scheme is managed by local stakeholder groups set up and administered on the behalf of Scottish Natural Heritage (SNH). Stakeholder members include NFUS, RSPB Scotland, Forestry Commission Scotland, Scottish Government Rural Payments and Inspections Directorate (SGRPID) and Scottish Crofting Federation (SCF).

It is worthwhile reminding that the predation of Sea Eagles is not restricted to lambing time – this is a year-round issue which needs addressing. Nesting pairs have shown to be the easiest to monitor however, there are countless other mature birds which are continuously damaging the ecosystem. Scotland’s patriotic Golden Eagle has also been locally affected which further adds to the argument that the Sea Eagle is one predator in the food chain too far.

Efforts to scare away the UK’s biggest bird of prey have proved unsuccessful with the overall frustration that mitigation attempts and enhanced shepherding will not reduce the number of birds inhabiting nearby nests. Diversionary feeding has proved to cut down predation on lambs however, this again is impractical due to high numbers of Sea Eagles, time and preparation required which further constrains farmer and crofter resources. It has been noted that the birds have become ever more tame due to the association of people and food - going forward these are not sustainable approaches.

In 2016 John Angus Maccusbic, Tortarder, Struan, Isle of Skye wrote an article for NSA Scotland magazine which focussed Sea Eagles under the topic of rewilding. Today his arguments are increasingly relevant due to the the sheer surge in Sea Eagle numbers:

“Re-introduced (without consultation), to the Isle of Rhum in the 1970s, there was initially no problem with this massive predator. On the Isle of Skye, I and many others have had the misfortune to witness and suffer first-hand the devastation these birds can bring. Not only killing lambs in large numbers but wounding adult sheep so badly that they have to be destroyed. Our overall hill unit of 3500 acres that used to carry 850 ewes and home winter 200 hoggs is now struggling to maintain a flock of 500 ewes, and 120 hoggs, which we now winter on the mainland. This is a problem that no one understands, unless it is happening to them.”

“Wildlife and the environment are under pressure too. Ground nesting moorland birds, gone. In bye pastures overstocked as people try to protect as many lambs as they can within the confines of the hill dike or croft. Gone are the wild flowering hay meadows of the past. What is happening right now is not working, is not good enough and has to change. Clearly the birds are here to stay. A call for a complete moratorium on any more birds being introduced would be a start, along with a restricted breeding program. Helping those who bear the brunt of this problem, i.e. hill crofters / farmers is more difficult. There is less and less money going into the "compensation pot" and as Sea Eagle numbers grow, naturally more and more people will apply. It's not a problem of our making, but we are the ones well and truly lumbered with it!”

Financial burdens alongside animal welfare constraints call for more long-term solutions. What started out as a tactic to bring back a population from global endangered status has resulted in the local farming populations becoming increasingly endangered due to economic loss of lambs and in combination with other factors affects the viability of sheep farms and crofts. Responsibility must be taken for the consequences presented by these birds. Restored harmony between the land and those who occupy it is essential to the future of Scottish sheep farming and crofting in the affected regions. 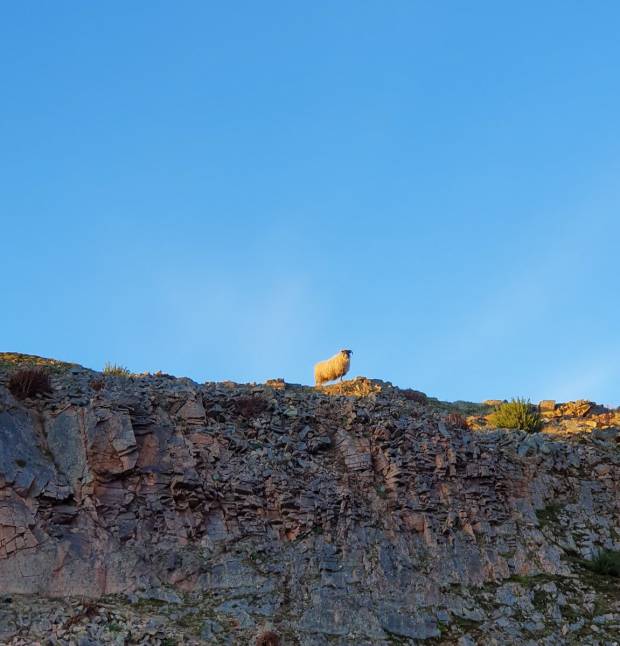 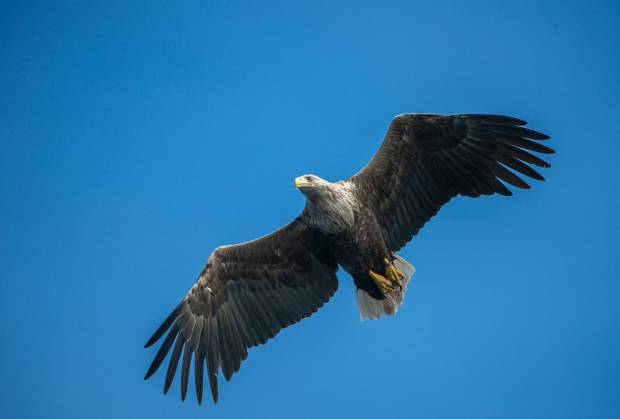