It comes as no surprise that the breeding ewe and lambs numbers in Scotland are continually decreasing as time goes on. Decoupling of payments and outbreaks such as Foot and Mouth in the early 2000’s have been the main drivers however new challenges are ever arising to Scotland’s farmers and crofters – Sea Eagles and climate change efforts and changing diets to name a few examples. This has resulted in a 38% decrease in prime lambs reared in Scotland over the last 30 years and 42% of Scottish born lambs processed in Scotland (less than 1 million including mature sheep). The remaining 58% of lambs fuel the arguments of long distance haulage versus animal welfare and transport carbon emission concerns.

It has been shown that sheep enterprise profitability in Upland Ewes is viable in the average and top third quartiles, however the bottom third quartile in this sector have consistently made a net margin loss of up to -£10.  Opportunities to grow sheep processing in Scotland require an unique and competitive edge in which QMS and Scotland Food and Drink can join together and promote in unity to support the vast network of sheep farmers and crofters. The current EUROP grading system has been called outdated in the past with aspirations to move to a grading system which awards attributes such as eating quality, intramuscular fat, meat yield whilst taking into account breed. All these initiatives should have the ultimate aim to promote the consumption of Scotch lamb and also deliver consistent value back to the producers.

Disappointingly only 7% of Scotch lamb produced is consumed in Scotland. Lamb production incomes are exceptionally seasonal with most consumers buying at Christmas and Easter with UK lamb consumption currently at its lowest point since 2005. Poultry, pigmeat and beef (order of popularity descending) have all seen rises in consumption on a comparative basis over the same timeline: 2.2kg per person capita consumption of lamb compared to 28kg of poultry and 20.8kg of beef. Scots have traditionally eaten more beef however, out of the households that do eat lamb it is the retirement and empty nest demographics that have shown the most consumption.

UK imports of lamb year on year since 2015 have decreased 19.3% where exports have increased in the same time period by 16.4% predominantly to Europe countries such as France, Belgium, Netherlands, Luxemburg, Italy and Hong Kong. Exports account for 25.5% of Scotland’s meat trade output. One of the biggest competing nations New Zealand has seen a 1% decrease in their breeding ewe numbers and a higher hogg carryover since October 2019 which has led to a higher exported lamb kill but at lower carcase weights. Scotch and UK lamb producers are currently seeing high prices given which has partly been to NZ lamb being diverted to China and more domestic lamb support given in British supermarkets. Australia’s 2020 lamb production has also increased by 1% where two thirds of production is exported to China and USA with negligible volumes to the EU.

In comparison EU production of sheep meat has decreased by 1% with exports rising 2% to North Africa, Lebanon, Israel and Jordon. Decreases in consumption have been introduced by novel changes in diet and also more people working full time jobs than ever. In order to combat this, it is worth reminding that a balanced diet is key to any healthy lifestyle which includes red meat which acts as a key source of protein, essential minerals and omega fats.

Past NSA Scotland Chairman and current NSA UK Policy and Technical Committee member John Fyall was asked to speak at a lambing and discussion group held on Wednesday 5th February 2020 at the Buccleuch Arms, St Boswells hosted by Harbro Ltd. His main focus of the talk was to encourage positivity for 2020 and subsequent years.

He summarised: “Going forward, all markets are aligning and despite all the vegan debate in this little country meat protein is globally scarce. China and USA take an increasing share of antipodean lamb and therefore cheap competition simply does not exist and at last without Brexit barriers. We are getting the spring trade that reason suggests we should have had the last 3 years. With three Muslim festivals quickly after Easter, Scottish hogget is well placed to benefit from demand as will spring lambs and hopefully if Brexit can be arranged without tariff impositions decent prices can sustain. The only breakdown is current Chinese logistical blockades. Whilst the worry of the NZ lamb being dumped on markets concerns farmers it is not an easy thing to do. The bigger threat is confidence and with NZ processors not wanting to get burned by having all their eggs in one basket, they may take a slightly easier pricing strategy to ensure some more lamb in reliable EU markets next year. Currently their supply to UK is at a significant low.” 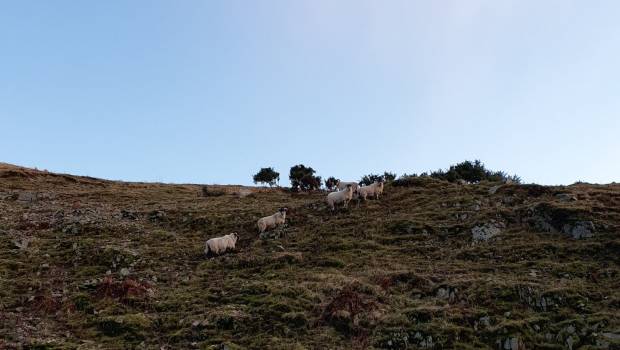