You may have recently seen that the Dogs (Protection of Livestock) (Amendment) (Scotland) Bill introduced by Emma Harper MSP on 14th May 2020 has been progressing through Scottish Parliament. The Bill and the accompanying documents can be found here. It seeks to strengthen and update the law on livestock worrying, in the main, by amending the Dogs (Protection of Livestock) Act 1953.

NSA Scotland is actively seeking evidence and your views on the Bill which amends the existing law on what is called “livestock worrying”, whereby a dog chases, attacks or kills farmed animals to present to the Rural Economy and Connectivity Committee.

NSA Scottish Region Coordinator Grace Reid comments: “It is particularly important that NSA Scotland gains evidence on this matter. We are all very aware that occurrences are consistently happening but to gauge the number of attacks and severity is essential to amending legislation in order to protect our flock animal welfare, profitability and general well-being. The proposed amendments in the Bill to increase penalties and provide additional powers for enforcement of existing offences and investigations is a long-needed response to safeguarding the future not to mention reducing stress and associated costs.”

NSA Scotland welcomes your views on any issue relating to the Bill which may relate to any of the following areas or questions:

1. What is your experience of livestock worrying? What is the scale of the issue?

2. Does legislation need strengthening in this area? If so – does the Bill do this? Is the Bill the best way to do this?

3. What are your views on the increased penalties the Bill creates for livestock worrying?

4. Would the proposals to disqualify convicted persons from owning or keeping a dog or taking a dog onto certain types of land, assist in the aim of reducing the number of livestock worrying instances?

5. What is your opinion on extending the types of livestock and type of agricultural land covered by livestock worrying, as described by the Bill?

6. What are your views on the powers allowing Scottish Ministers to appoint inspectors, other than police, to investigate and enforce livestock worrying offences?

7. Do you have any comments on the expanded powers for police and inspectors to seize dogs, to enter premises and to take a dog to the vet?

9. Is there anything else that should be included or excluded from the Bill? You can give your view on some or all of these questions. Please feel free to provide your views on any other aspects of the Bill or any other relevant information.

The Bill consists of 5 main proposals:
1 – Increasing the penalties for the offence.
The maximum penalty is increased to imprisonment for up to six months, a fine at level 5 on the standard scale (currently set at £5,000) or both (this is an increase from a fine at level 3, currently £1,000). It also allows the court to make an order disqualifying convicted persons, for such period as the court sees fit, from owning or keeping a dog, or preventing them for taking dogs onto agricultural land on which livestock is present.

2 - Increased Police (and inspector) powers.
The Bill creates the following new powers for the police and any inspectors:

4 – Extending the definition of ‘livestock’.
The Bill extends the definition of “livestock” in the 1953 Act to reflect a more up-to-date list of the species which are now farmed in Scotland. The Bill also creates a power for Scottish Ministers, by regulations, to further amend that definition. In addition to cattle, sheep, goats, swine, horses and poultry, the expanded definition includes camelids (e.g. llamas, alpacas), ostriches, farmed deer, buffalo, and enclosed game birds (e.g. young pheasants, before they are released into open countryside).

5 – Re-naming the offence in terms of either ‘attacking’ or ‘worrying’ livestock.

If you wish to discuss any of the matters highlighted in this email or provide evidence in the form of writing or photographs please do not hesitate to contact NSA Scottish Region Coordinator Grace Reid on 07787142858 or by email: [email protected] no later than Friday 21st August 2020. 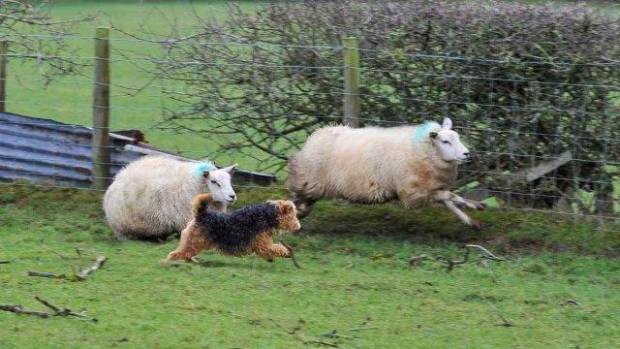