The National Sheep Association (NSA) is today responding to last night’s vote in the House of Commons on a Lords amendment to the Agriculture Bill that would force future trade deals to meet UK animal welfare and food safety rules.

The vote which saw MP’s reject the amendment with 332 votes to 279 will potentially allow food products with lower standards than that produced in the UK to be accepted into the country once new trade deals are secured following the UK’s departure from the EU.

NSA Chief Executive Phil Stocker says: “This amendment provided opportunity to uphold and protect our animal welfare standards, some of the highest in the world. With this being rejected by MPs last night there is now the very real risk, despite Government’s assurances, that the UK’s standards that our nation’s farmers are proud to work to, could be undermined by lower standard imports.

“The Government may have already given a verbal commitment to farmers and consumers that the current high UK standards will not be threatened by imported goods but even if this commitment is upheld it comes from the current Government only and therefore is for the present Parliamentary term, four years down the line there is a risk this commitment could be lost and the UK farming sector could be left to fight this battle again.”

Farming Minister George Eustice last week stated that the amendment was unnecessary and would be opposed by ministers as it could cause technical issues and disrupt existing trade deals with countries such as South America that already bring small amounts of product into the UK.

Mr Stocker continues: “Any suggestion by the Government that importing just ‘relatively small quantities of lower standard products’ is worth it in order to safeguard other trade flies in the face of the UK’s stated aim to see animal welfare standards increase across the world.  We simply will not achieve this if we allow our markets to support standards we wouldn’t find acceptable here.

“We sincerely hope the British public will get behind the country’s farmers more than ever now in supporting their hard work producing the highest quality, good value farm produce whilst caring for their livestock and upholding animal welfare standards at all times. As we leave the EU and further trade deals are secured it will be more important than ever to support UK agriculture and buy British to be assured of food traceability and quality.

NSA Scottish Region Chairman Jen Craig adds: “It is incredibly disappointing that the UK Government have voted against the amendment to ensure imports to the UK are produced to the same standard as our own. However, we should not allow this vote to undermine what we do in the UK. We will continue to be world leaders in animal health and welfare whilst producing food to the highest of standards. This allows our consumers to have the utmost trust and confidence that when they buy Scottish and British food, they can have pride in knowing where it has come from and that it is safe”. 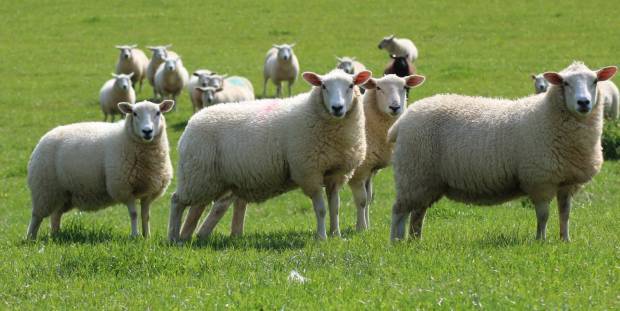