On Wednesday 13 January 2021, NSA Scotland held its Annual Regional Members Meetings (ARMM) via the online meeting platform ‘Zoom’. This meeting attracted a much larger audience than in previous years, which can be attributed to the virtual event easing attendance from such a large regional land area.

The meeting was held to transact the election, reapproval and nomination of Office Bearers, Representatives, Regional Trustees, Directors and new Committee Members. In addition to this, attendees approved the minutes of the 2019/2020 ARMM held on the 17th of January 2020 and received the NSA Scotland Chairman’s and Treasurer’s reports for the year 2020/2021.

Following the business of the ARMM, NSA Scottish Region welcomed Cabinet Secretary for Rural Economy and Tourism, Fergus Ewing who delivered an update on the issues relating specifically to the Scottish sheep sector in 2021 and beyond with the new information that a deal has been struck with the EU. This also provided some clarity and direction to the next steps to be made by Scottish Government. Those in attendance were given the opportunity to ask Mr Ewing questions relating to the Scottish sheep sector who answered each with understanding and conviction. Topics discussed with Mr Ewing were the continuation of farm support, impacts of predators, rewilding, farmer-led groups, FAWC consultations, new entrants and also the importance of research to the agricultural industry. NSA Chief Executive Phil Stocker joined the meeting to give an update on recent NSA activity related to policy work.

NSA Scotland Chair Jen Craig comments: “Thank you to all those who attended this year’s ARMM. I am very privileged and grateful to be re-elected to serve another two years as Chair of NSA Scotland. The support from the Committee and our members has been tremendous and I can’t thank them enough and look forward to continuing to work together for the Scottish sheep sector in 2021 and beyond.” 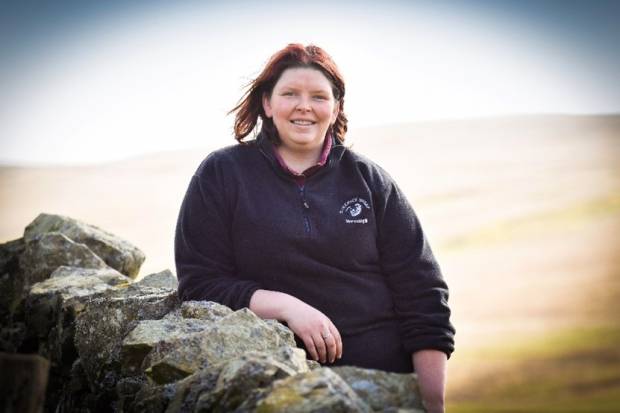 Jen Craig, NSA Scotland Chair
National Sheep Association | The Sheep Centre | Malvern | Worcestershire | WR13 6PH
Tel: 01684 892661 Fax: 01684 892663
NSA is a Company Limited by Guarantee, registered in England (No. 37818). It is a registered charity in England and Wales (No. 249255) and in Scotland (No. SCO42853). NSA is VAT registered (No. 273 3469 44). NSA complies fully with the General data protection Regulation (GDPR). Contact NSA to request our privacy policy, to raise queries or concerns regarding GDPR, or to unsubscribe from NSA mailing lists. National Sheep Association is an organisation which represents the views and interests of sheep producers throughout the UK. NSA is funded by its membership of sheep farmers and it activities involve it in every aspect of the sheep industry.
your business your future