More than two thirds of the UK’s sheep farmers responding to a recent survey have experienced an increase in sheep worrying attacks by dogs during the past year.

This troubling statistic is part of a concerning set of findings released today (Friday 30th April) by the National Sheep Association (NSA) from its recent farmer’s survey assessing the incidence and impact of sheep worrying by dog attacks across the UK.

NSA received a record-breaking response for its 2021 survey specifically aimed at farmers who had experienced dog attacks in the past year. The increase in contributions indicates the scale of the serious problem.

On average, each respondent to the survey experienced seven cases of sheep worrying during the past year resulting in five sheep injured and two sheep killed per attack. Estimated financial losses through incidents of sheep worrying of up to £50,000 were recorded, with an average across all respondents of £1570. However, most respondents received no or very little compensation.

But in addition to the threat to animal welfare and the farmer’s income perhaps the most concerning finding to be taken from the survey is the effect the issue is having on the mental wellbeing of the country’s sheep farmers. Farmers completing the survey reported feelings of anxiety, anger, upset, stress and frustration as a result of sheep worrying by dog attacks with more than half recognising that this was causing a moderate to severe impact on their mental health.

NSA Chief Executive Phil Stocker says: “NSA’s own survey results combined with recently reported figures from industry partners both show a concerning increase in the number of sheep worrying by dogs cases during the past year. There is much evidence suggesting this is a result of the various periods of national lockdown that have been experienced as a result of the Covid-19 pandemic with dog ownership increasing and the general public enjoying more time in the countryside as one of the few outdoor pursuits still able to be enjoyed.

“The issue is receiving more attention from the media but there is still much work to do to continue the education of the dog owning public to ensure the future safety and welfare of both farmer’s sheep flocks and pet owner’s much loved dogs and this needs to come from strengthened countryside use guidelines and stricter legislation.”

The urgent need for a review of legislation surrounding the issue is highlighted in the survey. 80% of respondents agreed that the rest of the UK should follow the recent change in Scottish law that sees stricter enforcement including fines of up to £40,000 and/ or 12 months imprisonment acting a stronger deterrent to dog owners responsible for allowing attacks to happen.

A full summary of NSA’s survey results can be found on the NSA website at https://go.nationalsheep.org.uk/surveyresults.

The survey results have been shared today as NSA launches its two week long 2021 campaign #LeadOn aiming to increase awareness of the issue amongst the general dog owning public. The sheep farming charity hopes the alarming survey results will help demonstrate the extent of the issue to the general public. It is also working hard to raise understanding that any breed and temperament of dog can be a threat to sheep and therefore the only way to tackle the issue is to ensure dogs are kept on a lead whenever sheep could be nearby, even if they are out of sight.

Mr Stocker continues: “NSA is committed to ensuring the general public develops a better understanding of the stress and suffering that any dog, no matter its breed, can cause to sheep by barking, chasing and attacking them. It is a serious animal welfare issue that puts both sheep and much loved pets at risk”

NSA’s two week long campaign will include several media interviews, social media activity, webinars, workshops and new online case studies and content on the NSA website to help both sheep farmers in reducing the risk of attacks happening on farm and the general public in preventing their dogs from being involved in sheep worrying attacks.

It is hoped the campaign hashtag #LeadOn will be recognised as encouragement to dog owners to be responsible and act as an example to others by keeping their pets on leads in the presence of livestock.

General information on the topic of sheep worrying by dogs can be found at www.sheepworrying.org.uk. In addition, NSA has also produced a range of graphics for farmers and other supporters to display and share demonstrating support for the NSA campaign. To receive a copy of these graphics please email [email protected] 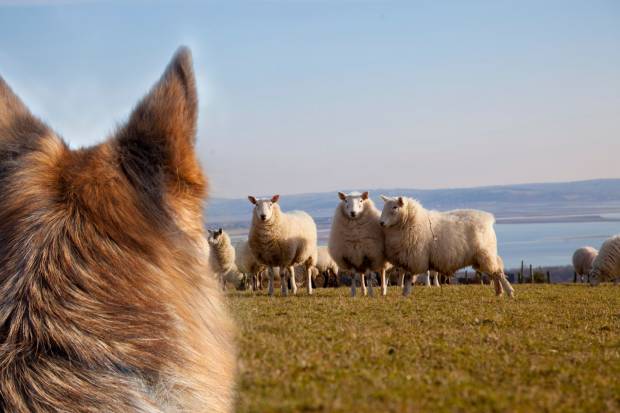