As I finish up what has been a relatively good lambing I am acutely aware that it hasn’t been the same for others.

In the past few weeks, I have seen countless social media posts attached with horrendous images of ewes and lambs having been attacked by dogs, predated by sea eagles, foxes, badgers, ravens… and the list goes on. Yet sadly, because we are all becoming so used to seeing these images, the worst part of reading these posts are some of the comments lurking below them.

Many are full of sympathy, compassion and understanding but there are some that are not.

On one post alone, where photos of a lamb killed by a Sea Eagle were shown. The original poster was called a liar and people refused to believe the bird was capable of doing such. If the commenters did acknowledge the bird had a hand in the death of the lamb, they then blamed poor care and welfare, insinuating the farmer didn’t do enough to save the lamb.

Then come the, “but they’re going to be killed anyway, so what does it matter? It’s nature” comments. These comments are hard for me to read, so I can only imagine how the original poster feels having to live with the impact of the Sea Eagle every day and when speaking out, have to deal with that kind of reaction.

Control/reintroductions of species are always controversial subjects to venture into, even more so of late. I know so many people who when they speak publicly are harassed, threatened with violence and in some horrendous cases, death. This is simply unacceptable. I appreciate there are strong feelings from both sides of the debate, but the hatred and personal threats cannot continue. Something needs to change.

Predation of sheep all year round is having a severe impact on farmers who are also human beings (a fact that very often seems to be forgotten). Our nation’s sheep farmers and crofters are trying to make a living just like everyone else.

Most members that I speak to are concerned about the impact on their business and rightly so. However, the impact on them and their families having to witness the recurring losses, the often cruel and slow deaths and the many other consequences inflicted upon the stock they work so tirelessly to provide for is the most concerning impact of all. Many are disheartened and it is taking a severe toll on their mental health. This concerns me greatly, particularly in a time when we’ve already been so isolated from others.

As we venture towards working with a new Government, I will be fighting for the farmers, crofters, shepherds and their families dealing with these issues to ensure a fair hearing. We have to be able to tell our side of the story and have our daily experiences believed and understood.

Too often the decisions that impact us and our businesses are taken without our input or experience. This also needs to change.

The experiences of predation can no longer be dismissed or ignored. The sheep industry in Scotland is part of the solution to climate change.  It is an integral part of the management, conservation and future of a diverse and vibrant countryside. If that is indeed what the politicians and the public want, then they need to give us a fair hearing.

Surely this is not too much to ask?

Should any NSA Scotland member wish to contact us on this topic, you can do so via our Region Coodinator Grace Reid: [email protected] 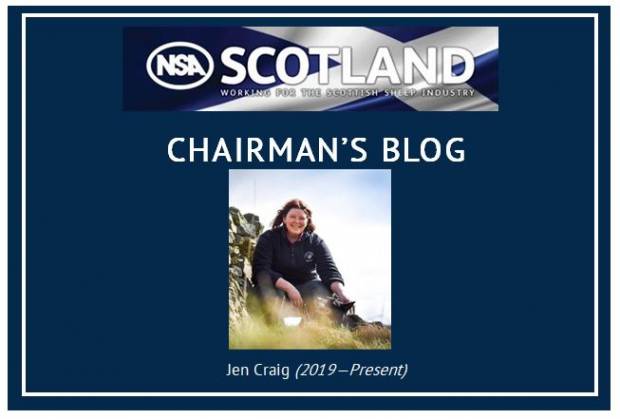