Recent severe flood, drought, and fire related incidents around the globe have sent sobering reminders of the dangers of climate change. Therefore, the Intergovernmental Panel on Climate Change’s (IPCC) report released yesterday (Monday 9th August), warning we are at ‘code red for humanity’, is something society cannot ignore.

NSA Chief Executive Phil Stocker comments: “The cuts we have seen in grazing livestock numbers in Britain, coupled with efficiency gains, are considered by Dr Miles Allen of Oxford University to have already contributed to ‘atmospheric cooling’, there is of course always more we can do. Changing grazing regimes and reducing waste through improved health management are of note, but my strong belief is that British sheep farming is already at a general point of harmony that brings climate, social and biodiversity benefits.

“We should not consider sheep farming as ‘indulgent’ but should look deeply enough to understand that we are involved in maintaining probably the most stable and resilient plant habitats on earth – grassland. Managing grassland, for climate resilience, fire avoidance, health and wellbeing and nature, requires grazing and in doing so also converts plant growth into a highly nutritious food and fibre to sustain us. In addition to pasture-based agriculture, introducing sheep into arable rotations produces soil fertility and raises organic matter and helps us return to a more mixed approach to farming – something most nature lovers would welcome.”

NSA does not claim the UK sheep sector cannot do more, but maintains that reducing the national flock is not the right approach. Mr Stocker continues: “Sheep farming is part of the solution to climate, nature and health problems and needs recognising as such. A clearer distinction must be made between what is essentially a natural gaseous cycle that has been going on for centuries, and the problems caused by fossil fuels and industries heavily reliant on them”. 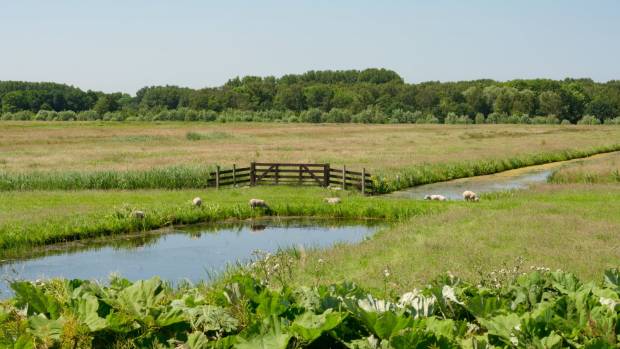