The National Sheep Association (NSA) says recently released figures highlight the need for action to put a stop to the suffering of UK sheep farmers and their animals due to increasing number of attacks by dogs.

NSA is deeply concerned over the lack of real progress to prevent these attacks occurring, when the NSA 2021 sheep worrying survey and recent statistics from the insurer NFU Mutual demonstrate an upward trend. With a greater use of the British countryside for holidays and recreation this summer potentially leading to more contact with livestock, the fear is that more reports will be received.

There is very little in the proposed Animal Welfare (Kept Animals) Bill to prevent the number of incidents in the first instance, although some of the proposals are welcome improvements to support the police and rural crime teams after an offence of livestock worrying has occurred. The bill is due for its second reading when Parliament returns after the summer recess and the NSA asks ministers to strengthen its application by providing clear instruction for dogs to be on the lead when near or likely to encounter livestock and to reinforce the deterrent by increasing the level of fines.

NSA Policy & Technical Officer Sean Riches highlights the issue to be addressed: “Recent high-profile media stories have served to indicate how even a well-trained dog can be unpredictable, thus a clear signal from the Government on the use of dog leads can prevent dog owners, their dogs, farmers and their livestock from having to suffer the consequences of a distressing attack.”

The NSA also welcomes and strongly supports the recent announcements in relation to the establishment of a national dog DNA database. A bill to support legislation is passing through Parliament, also awaiting its second reading, and Gloucester police have recently announced the development of the world’s first dog DNA database to deter or catch dog thieves.

In a recent YouGov survey of more than 4,500 adults, only 10% of those surveyed expressed opposition to the establishment of a national DNA database for dogs. While initially aimed at reducing the number of dog thefts, NSA sees a dog DNA database as also having wider beneficial applications for reducing other irresponsible behaviours, such as dog fouling (a human and livestock disease hazard), tracing owners of out-of-control dogs (47% of attacks on sheep were by unaccompanied dogs according to the NSA 2021 survey) and potentially to identify culprits from evidence taken at the scene of an attack on sheep (or other livestock).

Sean continues: “These two important Parliamentary bills have real potential to help, if attention to detail is paid at this critical stage and efforts continue to have them passed into legislation. NSA is keen to see this happen and support where appropriate.” 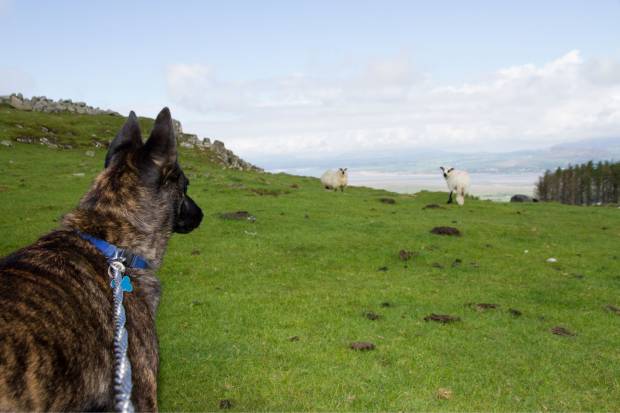