Finding the ‘sweet spot’ between biodiversity and farm production is key, says NSA

We live in a diverse, spectacular and productive countryside. This was the resounding conclusion, emphatically demonstrated by the passionate and inspirational talks from speakers taking part in the latest National Sheep Association (NSA) Breakfast Club webinar.

With just a few months until the UN’s Climate Change Conference of the Parties (COP26) arrives in Glasgow for its annual summit, NSA’s September webinar acted as a starting point for the association’s work to promote the positive role that UK sheep farming has to play in the climate change crisis.

Mr Stocker comments: “For several generations there has been an expectation to keep farms looking ‘tidy’. On the surface this may have looked more appealing, depicting an image of a well kept and managed environment - but views are changing. What we may have previously perceived as ‘shabby’ should now be considered a haven for a rich diversity of species and these habitats are now increasingly found across the many different landscapes in which sheep are farmed in the UK.”

The clear message highlighted by all speakers during the webinar was that the right balance between biodiversity and productivity on farm is essential, in order to sustain thriving habitats and support and protect nature. Production of high-quality red meat is not compromised by this, but rather enhanced by the nature-farming synergy that consumers increasingly value. The passion shown for being able to daily observe wildlife being nurtured was hugely evident in the short presentations given by the farmers speaking.

NSA is looking forward to further debating issues surrounding sheep farming and the environment in the lead up to COP26, including the October Breakfast Club webinar titled ‘Forgotten faces: Recognising rural culture within the climate debate’. Further detail on this webinar will be shared on the NSA website very soon.

A recording from the September webinar can also be found on the NSA website at www.nationalsheep.org.uk/webinars. 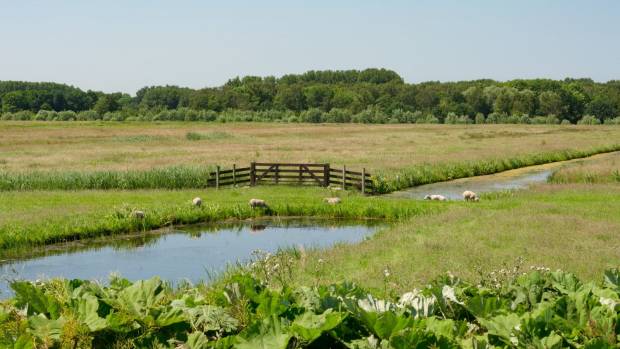