NSA Scottish Region has presented John and Iain Macfarlane, hosts of NSA Scot Sheep 2014, with awards recognising their contribution to the event. David Leggat, Executive Chairman of United Auctions, also received a crystal bowl as thanks for his role as Chairman of the NSA Scot Sheep Organising Committee. The presentation was made at the United Auctions Scotch Mule ewe lamb sale at Stirling on Monday.

George Milne, NSA Scottish Region Development Manager, says: “NSA Scottish Region is delighted to thank the host farming family for all the work and effort they put into making NSA Scot Sheep such a success. Appreciation must also go to David Leggat, Chair of the Organising Committee, who made an excellent job of chairing the event.”

John and Iain Macfarlane hosted NSA Scot Sheep 2014 at Quixwood Farm, Duns, Berwickshire, in June, and also generously invited people back for a farm walk a few weeks later after the farm tours on the day of the event for cancelled due to inclement weather.

Pictured in front of the group are a pen of Scotch Mule ewe lambs owned by the Duke of Montrose, which sold at the sale for £138 per head.

Notes to editors:-
For further information please contact George Milne, NSA Scottish Region Development Manager, on 01334 472403 or 07831 511330.
To request the picture as a jpeg please email Caitlin Peck, NSA Communications Officer, on [email protected]
The National Sheep Association is an organisation that represents the views and interests of sheep producers throughout the UK. It is funded by its membership of sheep farmers and its activities involve it in every aspect of the sheep industry. More at www.nationalsheep.org.uk andwww.nsanextgeneration.org.uk. 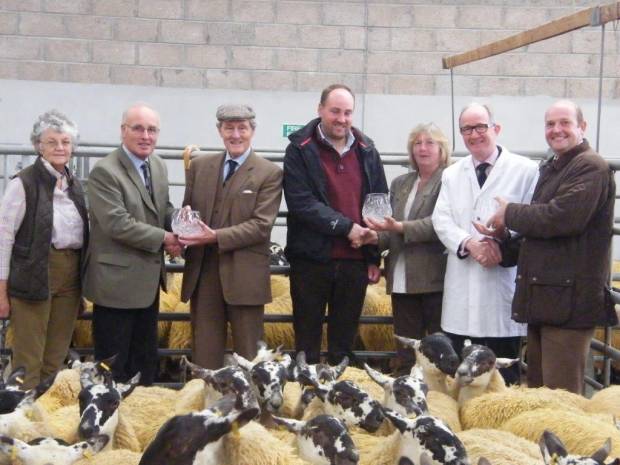