Husband and wife farming duo Robert and Hazel McNee from Over Finlarg, Tealing, Dundee, are in the midst of preparing to host one of Scotland's leading agricultural events - NSA Scotsheep 2022 - due to take place on Wednesday, June 1.

The couple, along with their young family of Kate and Alan, are well-known producers of top-quality cattle and sheep sold the length and breadth of the UK, commanding strong prices in the sale ring for pedigree bulls and breeding sheep.

After three enforced cancellations and several plans put on hold due to COVID-19, the family, along with NSA Scotland and the organising committee, are delighted to welcome visitors to the event sponsored by Virgin Money.

Event chairman, Willy Millar, who farms at Huntingfaulds, Tealing, said Scotsheep promises to be a fantastic, informative day out with a packed programme of events in place.

“Over Finlarg is in a great location and will be an interest to all involved in the agricultural sector. We look forward to welcoming you all to this major Scottish farming event."

The farm is situated close to Dundee on the A90 Dundee to Forfar road and has been home to the McNee family since 2011.

Since purchasing the farm, Robert and Hazel have made several improvements to the 740-acre unit, whether it be new farm buildings, fencing, lime spreading or drainage work, while also building up a herd of 200 suckler cows and a flock of 1100 breeding sheep.

Rising from 800ft above sea level, right up to 1200ft on the hill, half of the farm is ploughable but is mainly used for grazing, apart from producing 75 acres of cereals and 25 acres of turnips. The couple also rent a further 40 acres of grass from a neighbouring farmer, as well as a 400-acre heather hill.

Visitors will be able to enjoy the spectacular views from the hill during the farm tour at Scotsheep, while enjoying an Ogilvy award winning vodka from the nearby Ogilvy on-farm distillery.

Around 600 North Country Cheviot Lairg-type ewes run alongside 200 Blackfaces, 60 Texels and 40 traditional and crossing type Bluefaced Leicesters, with an additional 200 home-bred Texel cross and Mule ewe hoggs tupped to the Beltex to sell as hoggs with lambs at foot.

While these units have topped at £230 when sold through United Auctions' Stirling Centre, it's the sale of 260 Cheviot Mule gimmers at Longtown and Forfar which the couple have really smashed the records with. They produced a new centre record in 2021 at Longtown, when they sold a pen for £232 per head.

Pure Texel and Bluefaced Leicester ewes produce tup lambs which the duo use as tup lambs at home first, before selling them the following year as shearlings through Stirling, Huntly, Dingwall and Forfar.

Lambs which don't make the cut for breeding, are finished and sold deadweight to Scotbeef, with the first lot away by the end of September and the last sold by mid-March.

Robert and Hazel aim to get most of the lambs finished off grass but turnips are used for wintering.

Around 25 bulls are sold for breeding each year, with Luings having sold to a top of 18,000gns for Finlarg Warrior at Castle Douglas in 2019, and Limousins to 11,500gns at Stirling.

Kate and Alan have already been enjoying five-figure sales with their own 15-cow Finlarg Simmental herd, having sold a bull at Stirling to 10,000gns. The small herd of Charolais is also getting going although Robert comments that they may be more of a hobby, rather than an enterprise likely to be expanded.

Bulls not suitable for breeding are sold entire and are fed and finished on a high energy diet based on home-grown barley and wheat. They are sold to ABP Perth and the aim is 1kg of carcase weight per day which is already being achieved by the top performing bulls.

Calving takes place mainly in the spring months, with Luings calving down from the end of March onwards and Limousins calving throughout May/June and November/December.

Stock bulls to make a stamp on the individual herds include Benhar Lennox for the Luings and Westhall Jammy for the Limousins, which has bred some of the top priced Limousins in recent years. The Newhouse herd will have a son of Jammy on show at Scotsheep.

Although there aren’t many Simmentals at Over Finlarg, Team Drambuie, purchased from Robert MacGregor, has been an influential breeder, with a home-bred son retained in the herd.

Only Simmental females have been bought in recently including one from the Mendick dispersal and two heifers from Kilbride Farm Simmentals online sale.

Brother in-law Bob Adam, takes care of the sowing and harvesting, while Robert carries out only the ploughing and spraying himself, resulting in the farm’s investment in machinery being kept minimal.

The business employs one full-time member of staff Alistair McCarthy, who hails from Caithness, as well as local girl Jody Jackson, who is working at Over Finlarg during the lambing period and on the run up to Scotsheep. 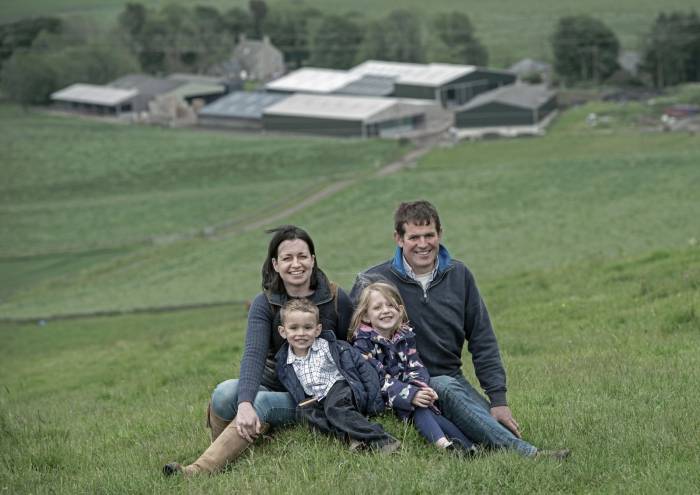 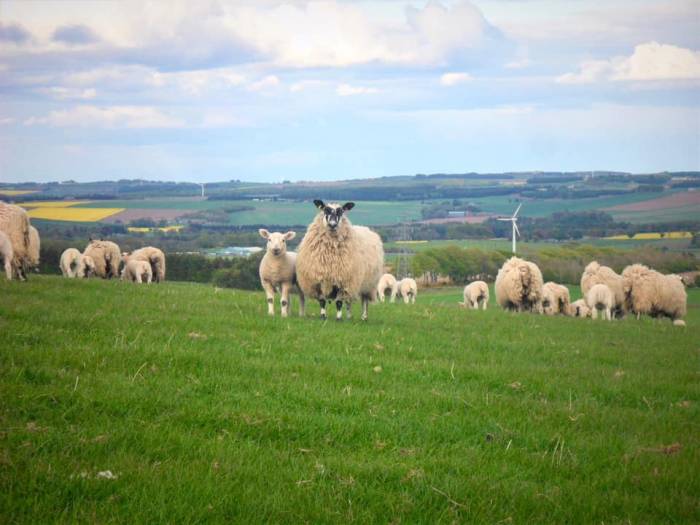 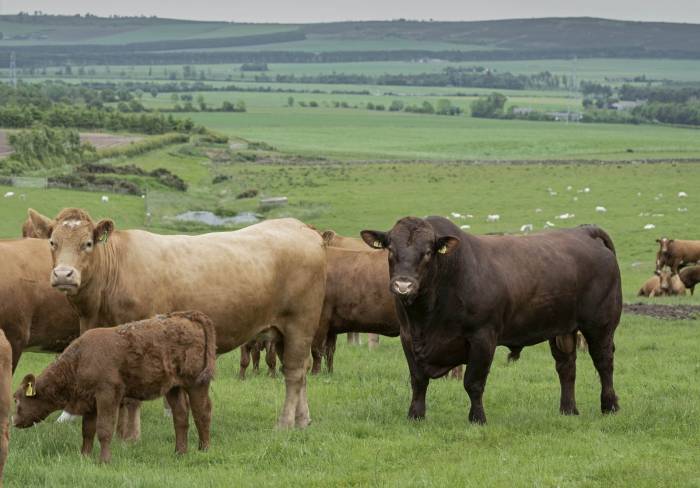 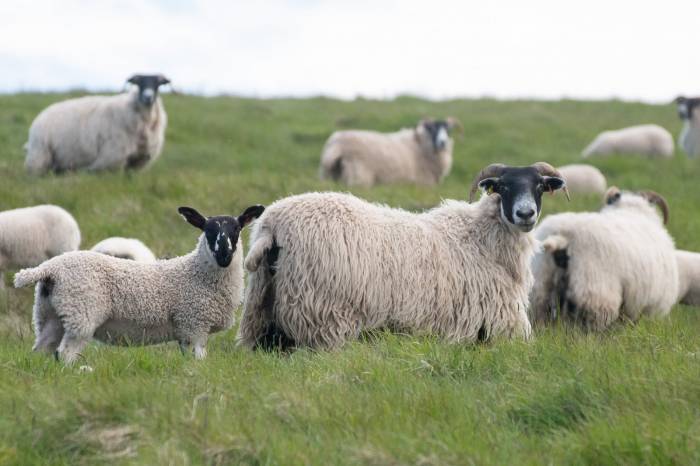