Sheep farmers from throughout Scotland, Northern England and even Northern Ireland, thanks to the host farm’s proximity to the ferry port, made their way to NSA Scot Sheep 2018, enjoying a host of activities.

The farm tour along attracted 4,000 participants, as well as the many, many more who experienced the 200 trade stands, Next Generation Shepherd competition, sheepdog trials, extensive seminar programme, stockjudging, show and sale of ewe hoggs and lots more. Visitors included 470 primary school pupils from nine schools in South Ayrshire and Wigtownshire, organised by the Royal Highland Educational Trust (RHET).

The scene was set by John Scott, Ayrshire MSP and neighboring sheep farmer, who in officially opening the event congratulated the hosts and their farm manager, Andrew MacLean, on the high quality of the sheep flock and the attention to detail and good management that allowed an impressive 88% of last year’s lambs to be classified E and U. Turning to the uncertainty of Brexit, Mr Scott called for a national debate in Scotland to establish a vision for farming and livestock production and how it will be encouraged and supported by both the Scottish and UK governments.

He said: “We need an end to the uncertainty about whether Scotland will remain part of the UK post-Brexit and I would urge the SNP Government to recognise there is no appetite for another divisive referendum on independence. When we all work together, whether in farming or politics, the total is greater than the sum of the parts.”

This was a point taken up strongly by Jim McLaren, retiring QMS Chairman, who used a seminar discussion to say Scotland’s sheep farmers needed to make their voices heard loud and clear to avoid the very real prospect of a potential doomsday scenario wiping the industry from the face of the country’s hills and glens. He believed every lobbying organisation associated with Scotland’s sheep sector should be camped outside the office Michael Gove, Secretary of State, hammering home the dire consequences of a poor Brexit trade deal, which posed the real disk of decimating the lamb export trade and allowing unrestricted imports into the UK.

“I’m very concerned that the sheep industry has already been written off and is set to be used as a bargaining chips in negotiations,” Mr McLaren said, explaining Scotland was 164% self-sufficient in lamb because of notoriously low per capita consumption of only 3kg/year. Some 64% of Scottish lambs were slaughtered south of the border of which 66% was exported to France, 24% to the Benelux countries and 6% to Italy.

A more optimistic note was struck by Awal Fuseini, halal manager at AHDB Beef & Lamb, who explained stunning did not necessarily render lamb unacceptable under the halal protocol and was acceptable to most Muslims provided the animal was still alive at the point of slaughter.

He said Muslim population was growing and included a large proportion of young, increasingly affluent individuals (88% under the age of 50 and 48% under 25) who consumed considerably more lamb than other sectors of the community.

“The global Halal market is huge with 1.5 billion Muslims world-wide, of which two-thirds are under 30 years of age,” he pointed out. “It is project that by 2030, 29% of the world’s 15 to 29 year olds will be Muslims. You can’t ignore the numbers. There is an opportunity for stunned halal meat.” 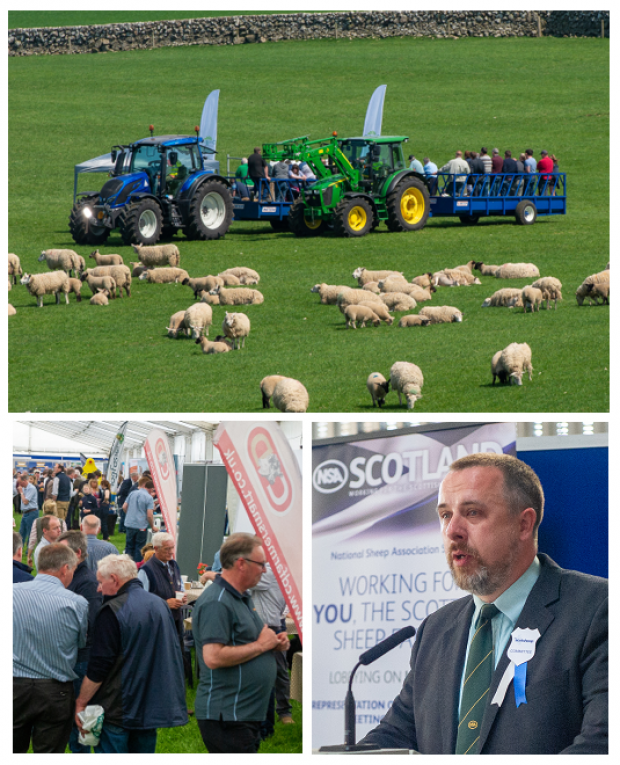