Peter Morris, Livestock Development Manager at VION Food, and immediate past CEO of NSA was presented with the 2011 George Hedley Memorial award by the National Sheep Association at an industry dinner in London on the 14th February.

The annual award is given to an individual who has made an outstanding contribution to the UK sheep sector. It is an extremely prestigious award within the sheep sector and is made following a lengthy proposal and voting process involving organisations from across the entire sector.

National Chairman John Geldard, commented “during Peter’s term in office he had to deal with many contentious issues and serious disruptions to the functioning of the industry such as EID, the 2007 FMD restrictions and then the Blue Tongue threat. As well as demonstrating his great capacity to master the detail of issues, he consistently showed a determination to find the very best possible way forward for the sheep sector. His work ethic and his communication skills earned him the respect of those who worked with
him, whether in Government, industry organisations or practical farmers. We are absolutely delighted that the industry has chosen to recognise all of Peter’s efforts by bestowing this honour upon him”.

Past Chairman of Council Jonathan Barber, who was Chairman during some of Mr Morris’s tenure as CEO said ‘It is wonderful that NSA and the industry has bestowed this honour upon Peter. He worked tirelessly during his time as CEO, always with the very best interest of the sector at heart. Peter steered both the Association and the sector through some particularly challenging times and he never shied away from the often difficult job in hand. His ability to negotiate at the very highest levels, along with his outstanding knowledge of grass roots, was of enormous benefit to the sector.”

NSA CEO Phil Stocker, added “the George Hedley dinner has pulled together many of the leading figures in the sheep sector. Evenings and events like this are so important for the sheep industry as the success of sheep farming is all about people, and any opportunity to put the right people together in the right place at the right time as the George Hedley does can only do good.”

NSA President, His Grace The Duke of Montrose presided over the evening, and made the award to Mr Morris. 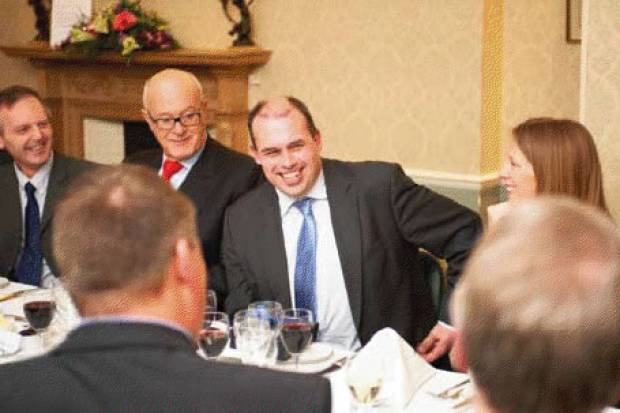