The National Sheep Association (NSA) has named sheep farmer Margaret Dalton OBE and sheep consultant Dr John Vipond as joint winners of the 2013 George Hedley Memorial Award – only the second time in the history of the prize that is has been won by two people jointly.

The accolade, which NSA presents each year in recognition of an individual’s outstanding contribution to the sheep sector, was awarded at a celebratory dinner last night (Thursday 27th) at the Farmers Club, London.

Margaret Dalton worked tirelessly to make a success of her Welsh hill farm and raise two sons following the death of her husband, Don, just 12 years after they bought the farm in 1963. Regardless, Margaret has still found time to hold numerous positions within the sheep industry. She is a former NSA Cymru/Wales Chairman and has taken on roles within her county NFU branch, agricultural discussion group and show society. A champion of women in agriculture, Margaret has been involved in the Women’s Food and Farming Union and has won NFU and NFU Cymru Woman Farmer of the Year awards. In 2001 she received the OBE. Margaret continues to take the lead on her home farm and campaigns for the legalisation of ‘skin on sheep meat’ production, which she believes could open up a multi-million pound market for UK sheep producers.

Dr John Vipond, Senior Sheep Consultant for SAC Consulting, SRUC, has been dedicated to the practical use of science for the benefit of the UK sheep industry throughout his career. Dr Vipond’s PhD was in nutrition and he has driven improvements in lamb feeding regimes and production and wintering systems. More recently, he has supported the development of ‘easy care’ sheep breeding schemes. John has contributed to professional organisations including the Highland Mule Breeders Association and the British Grassland Society, where he recently served as President. He has collaborated with the Scottish Quality Beef and Lamb Association and Quality Meat Scotland on the development of farm assurance schemes for the sheep industry.

NSA Chairman John Geldard says:  “The George Hedley Memorial Award is a prestigious accolade, and NSA takes great pleasure in presenting it to two individuals who have served the sheep industry so exceptionally. This year we are giving the award to two people jointly, as they have both made contributions to the industry which we felt could not go unrecognised.

“Margaret Dalton has spent a life-long career doing what she could to help not only herself but also others. Her work for charity as well as for the NSA and other organisations has won her huge respect in the sheep farming community. And John Vipond has worked in agriculture for 40 years and remains passionate about helping farmers to do better. His support of NSA events has been much appreciated over the years and many have benefitted from his wisdom.

“That we have two such worthy recipients of the award is testament to the depth of talent and commitment that exists within the sheep industry, and NSA is delighted to honour two such shining examples of that.”

Nominations for the George Hedley Memorial Award are made by a number of industry organisations, unions and committees and voted on by NSA representatives. 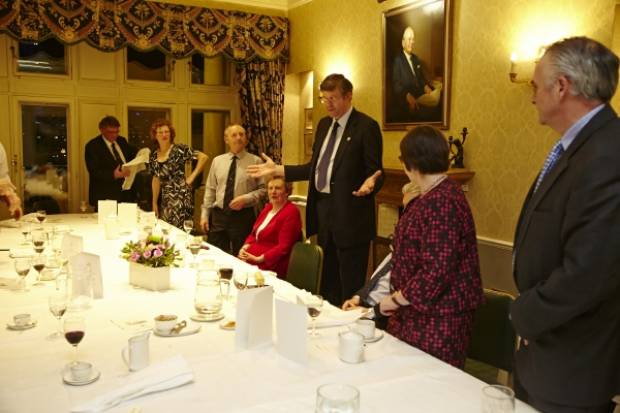