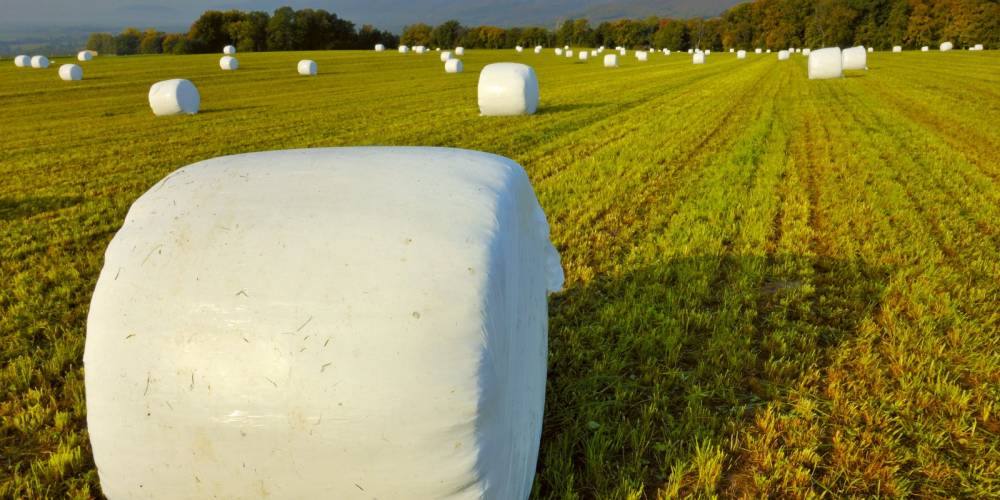 Following representation from several agricultural organisations, including representatives from NSA, HMRC has considered the additional information provided and have now confirmed that silage film falls under an exemption in the primary legislation for packaging that is permanently set aside for a non-packaging function. HMRC will shortly publish updated guidance which will reflect this position. Plastic Packaging Tax guidance is subject to change until all the legislation is approved by Parliament, and so will continue to be updated. The tax will come into force on 1 April 2022.

The National Sheep Association (NSA) is urging HMRC to reconsider and remove silage wrap from the plastic packaging tax due to be effective from the 1st April 2022.

At a time when costs are increasing for farmers adding yet another cost such as this will contribute to further reduction of already low farm business margins, and may lead to unintended consequences.

In an apparent change to what had previously been discussed, HMRC published guidance in December 2021, stating silage wrap would now be in scope for the plastic packaging tax (PPT) due to come into force in spring of 2022. This is contrary to how Defra classed it, during consultations in 2021, as ‘product’ and not ‘packaging’ due to the fact it is not used to transport goods or products from the producer/manufacturer to the final seller/retailer. In addition, the Packaging Recovery Note (PRN) regulations do not define silage film as packaging.

NSA Chief Executive, Phil Stocker comments: “NSA is extremely disappointed that HMRC has changed their position on this. The potential additional cost of PPT on silage wrap to UK farmers is estimated to be equivalent to an extra 10% in costs. That in itself is bad enough at a time when most inputs costs are increasing but it’s made even worse by new trade deals with countries that are not subject to the same costs. These trade deals will prevent the option of simply passing additional costs on to the consumer.

“The imposition of this tax could in fact have a detrimental impact on actions to collect and recycle plastic. The Agriculture Plastics Environment scheme provides farmers with a solution for environmentally responsible management of non-packaging agricultural plastics and to increase the quantity and quality of plastics collected. The voluntary scheme enables silage wrap to be collected at a cost of £60/tonne and a very high number of livestock farms are managed in a way where there is no immediate solution to reduce the use of silage film."

Whilst NSA acknowledges the need to reduce plastic use, it recognises how current technology does not enable the production of silage wrap with a 30% recycled content to be able to properly ferment the grass. NSA therefore calls for silage wrap to be exempt from PPT, at least in the interim, while alternative systems or suitable products are developed.